As Valentine’s Day approaches, it seems natural that one’s thoughts turn to relationships. I know mine do. And I’m struck by the changes that can occur after four decades of marriage. Early on, my darling was eager to do my bidding before I even bid. Now, I’ve registered a tectonic shift.

The shift is back to the 1960s, and I’m trapped in that old ad for Grant’s Scotch. I’m not sure how many bottles of whiskey they sold, but the slogan “As long as you’re up, get me a Grant’s” had a major impact on popular culture. It went viral before there was such a thing.

The Grant ads oozed upper-class sophistication, featuring either an elegant man or woman, dressed for a gala, seated in a chair no doubt purchased at a Sotheby’s auction. Each body was turned slightly as if addressing an invisible off-stage partner.

Although the ad has been defunct for years, I’m happy to say that its spirit is alive and well and living in my house. With some revisions.

The man (my husband) is not wearing a tuxedo, but is dressed in golf shorts and the chair in which he sits was purchased for comfort rather than its antique value.

The woman (me) does not wear a gown, but is attired in jeans and a T shirt, and is not now, and never has been, as thin as the woman in the ad. However, the operative words remain unchanged: As long as you’re up…

Perhaps it’s my inability to remain seated for extended time periods. I’m frequently moving about during the course of an hour-long TV show. So it doesn’t seem unreasonable that a voice from the other room calls out “As long as you’re up, get me a glass of club soda.” He swears he has no recollection of ever seeing that ad, but the words flow from him as easily as scotch over ice.

It’s not always club soda. Sometimes it’s a piece of chocolate. Or ice cream. Or a sweater because he’s chilly. Really, it’s all okay. I’m happy to do it. As long as I’m up.

Occasionally, however, I hear a slightly different request, one preceded by if you’re getting up…, or, when you go upstairs…, assuming a fact not in evidence.

Have my hyperactive tendencies created a monster, or at the very least, a spoiled spouse? Not really, because at the end of the day, I know there’s a balance. I bring him a pillow, and he brings me a … Remind me, what is it he brings me?

In fairness, the favors do go both ways. He graciously plays golf with me on Sundays, which can’t be much fun for him, and he doesn’t make me watch football, which is never any fun for me.

But most important, he is someone I rely on, someone who’s always there for me, someone who loves me unconditionally. So I will happily continue to bestow him favors. As long as I’m up! 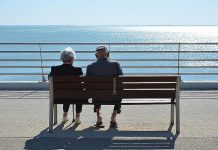 5 Reasons Travel Is Good for Your Relationship 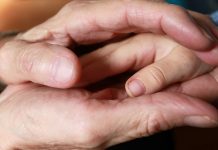