Pity the poor celeriac, also known as celery root. This twisted tuber is downright homely-looking and relatively unknown in the U.S., although its popularity is increasing due to delicious new recipes.

About the recipe star

It’s used quite frequently in European cuisine, particularly in France, where it is prized for its fantastic taste and impressive health benefits.

Celeriac is high in fiber and a good source of vitamins B6, C and K. It also contains essential minerals like phosphorus, potassium and manganese. What’s more, it’s low in fat and calories and has half the carbs of potatoes.

A half cup of celery root contains 51% of your daily requirements of Vitamin K, which is helpful to bone metabolism by aiding the body with calcium absorption and blood clotting.  Research has also shown that micronutrients such as vitamin K may be beneficial in reducing the odds of getting cancer and could improve cancer survival rates.

This superfood is very versatile and can easily be incorporated into your diet as an alternative to potatoes in dishes such as mashed potatoes, potatoes au gratin or potato soup.

So next time you’re at your grocer’s produce section, be sure to seek out this knotty root.  It really is all that, and a bag of celery root chips too! (They sell the chips on Amazon.)

Peel celery root and cut it up into small chunks. Place in a saucepan and cover with water. Heat on medium, bring to a boil and lower to a simmer. Cook for 30 minutes or until tender. Drain, add butter and light or sour cream. Use a food processor or potato masher and salt and pepper to taste. Enjoy! 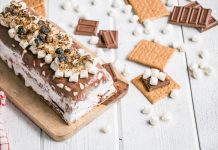 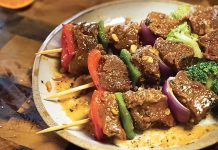 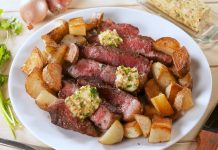 The Relationship Between Gratitude and Health

Parents’ Day: 12 Lessons I Learned from the Death of My...

Summer Fitness: Top 3 Health Benefits for Working Out in Your...