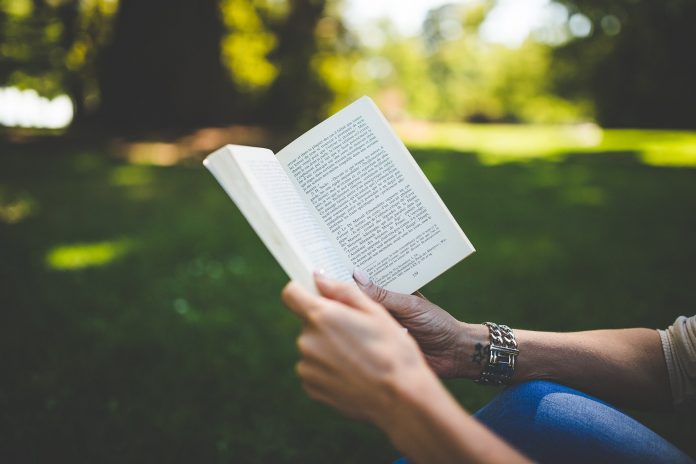 “I hate almost all rich people, but I think I’d be darling at it.”

At one time or another, all of us have hoped to be as rich as a Getty, a Guggenheim, a Rothschild or a Vanderbilt, but the reality is we won’t even come close.  But this delightful, fun and witty book of 28 portrayals of, “poor little rich girls” provides us with ample “schadenfreude,” or the pleasure of vicariously enjoying the misfortune of others, so much so that no matter our circumstances, we’ll finish the book and give thanks for our own lives.

There’s Liliane Bettencourt, whose chemist father created L’Oreal and was a Nazi collaborator. Patty Hearst who began as a pampered daughter and morphed into Tania the Terrorist who made news headlines in the 70s and with her $50 million now heads a foundation that helps children with AIDS. Most of us followed in the newspapers the tragedy of socialite Brooke Astor whose son allowed Brooke to live in squalor and reduced medical care so he could profit from her estate after she was stricken with Alzheimer’s.

Or Mrs. Ruth (Bernie) Madoff, who in 2008, kept $2.5 million in exchange for not seeking a potential claim of $80 million in assets. Or Jackie Kennedy Onassis who received $26 million from her husband, Aristotle Onassis’, estate. Or Barbara Hutton, a Woolworth heiress who was the lover of James Dean, Howard Hughes, Cary Grant, and 7 husbands and who said, “Living well is the best revenge,” but died with only $3,500 in her bank account. And there’s Gloria Vanderbilt whose greatest contribution other than blue jeans with her name on them is her TV star son Anderson Cooper.

There are others portrayed in the book that I learned of as well: the wealthiest woman in Germany and Australia is the descendent of the founders of BMW, Sweden’s Eva Kemini of Pepsi-Cola’s fame eclipses most others in that country, the Gucci family whose double G insignia could probably represent greed and grief, Leona Helmsley whose 2007 death revealed that her dog inherited $12 million and the Johnson and Johnson family whose grandson’s inheritance lies hidden in an extremely private New York investment company but whose wife claims she never knew how much money her husband had even though it was more than $6.3 billion.

But cigarette heiress Doris Duke, perhaps the most celebrated heiress in U.S. history (Duke University was named for her), stood at 6-foot, 1 inch and even counted George Patton as one of her many lovers. And the list goes on.

About the book of Poor Little Rich Girls…

What I found particularly endearing was that these women captured headlines during my own life time so I felt that I knew of most and could identify with their stories. Secondly, author Marlene Wagman-Geller has written delightful books other than, “Women of Means, Fascinating Biographies of Royals, Heiresses, Eccentrics, and Other Poor Little Rich Girls.” Interestingly enough, Marlene still teaches high school English in California (as I once did in Maryland), and in juggling her careers as teacher and writer, she admits that “time is the pearl without price.”

But I marvel at her style and wit in writing that I could never achieve.  For example, referring to Mrs. Ruth Madoff, she writes, “Money, the biblical root of all evil, is the thread that runs through the Book of Ruth.” In writing about J. Paul Getty’s personal assistant Claus van Bulow and Sunny Crawford, heiress to the Columbia Gas and Electric fortune, Marlene writes, “Claus had the manners and Sunny had the manors.” If you remember, husband Claus was tried for Sunny’s attempted murder, the first major criminal trial televised in the US during the 80s wherein he won acquittal, thanks to attorney Alan Dershowitz, after Sunny lay in a coma for 28 years.

And Marlene described Peggy Guggenheim’s greatest asset as, “Her wealth that proved to be as intoxicating as a new car scent is for the possessors of testosterone.”  Marlene also writes, “Lucky Strike is the metaphor for Doris Duke’s life.”  She says that, “Doris Duke’s efforts at matrimony involved acrimony.”  But this author’s best line describes Leona Helmsley’s maternal instinct: “She raised her son in a fashion that placed the letter ‘s’ before the word ‘mother’ to form the word ‘smother’.”

What joy and fun Marlene brings to her craft of writing, and her whole mission is stated in the book’s prologue: “Wealth, while providing protection against economic woes, delivered a different array of angst.”  And this author totally meets her wish that this book’s glimpse into the biographies of poor little rich girls makes us content with our own lot.  As she states, “Luxuries often serve to camouflage lives that may be rife with sorrow.”  This is indeed the book I would have loved to have assigned to my students following the study of F. Scott Fitzgerald’s “The Great Gatsby” when he wrote, “The rich are different from us.” Marlene says that Ernest Hemingway would have retorted, “Yes. They have more money.”

The Most Popular Chair in the World