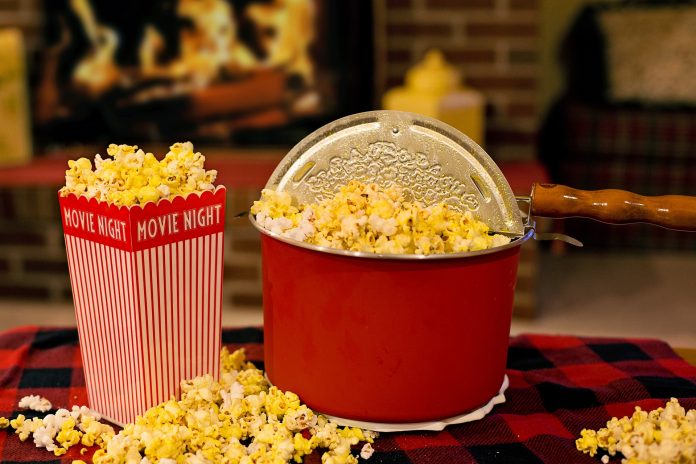 At the Texas orphanage where he has just started his new coaching job, Rusty Russell finds his recruitment pitch falling on indifferent ears as he addresses the scrawny boys gathered before him. That indifference evaporates, though, when Russell throws down a gauntlet of sorts: “The way I see it, you can work the field… or play the field.” That’s when one of the youngsters steps forward as he mumbles, “That sounds good to me. I’m in.” The others soon follow.

What also follows is a yank-at-your-heartstrings sports yarn of a ragtag high school football team from the Fort Worth Masonic Home that eventually rises from playing without shoes—or even a football—to the state playoffs during America’s Great Depression.

Early on, Russell (played by former Dallas footballer Luke Wilson) realizes these skinny teenagers have little chance against their beefier rivals. But the Mighty Mites, as they become known due to their smaller size, possess one distinct advantage over their competitors—blazing speed. Russell builds on that and also develops the spread offense, in which receivers go wide and force the defense to cover large areas of the field.

Vanessa Shaw portrays Rusty’s wife, Juanita, who, like so many others, hopes for the best but is fearful of a looming disaster in her husband’s attempt to shape a worthwhile team out of these motley Texas lads. (“This is gonna be even more work than you imagined.”)

The Mites achieve success through Russell, who left a cushy coaching job behind and whose presence constantly begs a nagging question: Why is he here? The reason—not entirely surprising— is explained later in the story.

Included in the supporting cast are Oscar-winners Robert Duvall and Golden Globe winner Martin Sheen, both of whom appear onscreen together for the first time since 1979’s “Apocalypse Now.” You’ll also recognize Wayne Knight, the former snarky postal carrier Newman from “Seinfeld.”

Producer Houston Hill (“Sister Aimee”) states, “[The film’s] about the resilient spirit of these orphans who band together and inspire the nation. Back in the day, even President Franklin D. Roosevelt spoke warmly about this little band of Fort Worth orphans and how they pulled off the impossible. They fired up a nation in trouble, which is why the film is so moving.”

The release from director Ty Roberts (“The Iron Orchard”) opens nationwide this month. Think of a pigskin “Hoosiers” and you’ll be on the right track to appreciating the inspiring story line.

Spruce Up for Spring: Fresh Ideas for Home Upgrades