Before setting out on this life-changing adventure into the American Southwest National Parks, I read a biography of legendary Native American Photographer Edward Curtis. This set the stage for my experience with 35 other travelers into a portion of our land I’d never seen, except in photographs.

Our first stop was Mesa Verde National Park, which protects some 5,000 Puebloan sites, including 600 cliff dwellings, dating back to A.D. 550. Impressive Cliff Palace was essentially a city of more than 150 rooms and 20 circular underground kivas, used for spiritual ceremonies.  All sites were built with bones and rocks as tools and waterproofed with pitch from pinion pine trees.

President Theodore Roosevelt signed into law the Antiquities Act of 1906, to prevent walls being broken down and more relics stolen.  Three weeks later, he established Mesa Verde, the first national park created to protect a location of cultural significance and respectfully preserve the works of the indigenous people.

We continued our breathtaking trip by boarding the Durango and Silverton Narrow Gauge Railroad in Durango, Colorado. The rail, which has been in continuous use since 1882, provides an ideal vantage point to take in the Colorado high country wilderness of the San Juan Mountains. While navigating the route through winding mountain passes and river rapids, we relished tall aspen forests turning yellow in late September.

Our guide aptly quoted the ancient Indian phrase ya at eehi, meaning, “Everything on the surface of Mother Earth and in my life is good.”

Indeed, the Navajo Bears Ears National Monument was 100% restored and slightly expanded from its original 1.3-million-acre boundaries in early October by President Biden.

Along the way, we were graced with a talk by one of three remaining Navajo “code talkers”.  In World War II, the American military adopted the Navajo language as a secret code which the enemy could not descramble. The code talkers thus enabled the taking of Iwo Jima during the war.

Another absolute high point was arriving at Arches National Park. It felt like a playground where one could see over 2,000 red sandstone arches like Delicate Arch, a free-standing 65-foot loop of rock, and Balanced Rock, a 128-foot stone pillar which supports a boulder balanced upon it. Some of these formations conjure up images of people, layer cakes and even cruise ships!

We stopped at Navajo Bridge to appreciate a soaring influx of endangered California condors which have been returned to nature there and in other western locations through a successful breed and release program.

Continuing on to the North Rim of the Grand Canyon, we arrived opportunely with fewer travelers and more colorful trees. It is the wilder side of the famous, expansive canyon, a day’s drive from the more frequented South Rim.

Grand finale: otherworldly Bryce Canyon National Park is most memorable for its six square miles of pillar hoodoos and seemingly endless amphitheaters. Its trails drop 2,000 feet from the 9,000-foot Paunsaugunt Plateau. A dramatic backdrop for the changing light and hues that create in Bryce a glow from within, a photographer’s delight. 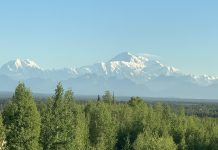 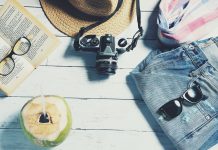 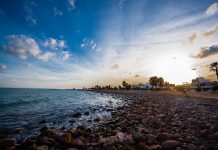 Jest a Moment: Memories of Christmas Toys Past