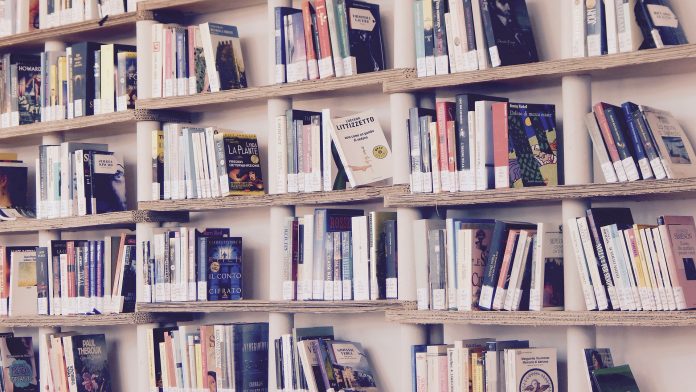 “But when an assassin’s bullets shattered the dream, she showed the world that there was unimagined strength beneath the silk.”

With help from White House Social Secretary Tish Baldrige, Columnist Liz Smith, Governor Hugh Carey, and fashion designer Oleg Cassini, author Tina Santi Flaherty, a neighbor in the same New York City apartment building at 1040 Fifth Avenue where Jackie lived, was the first woman elected a Vice President at three of America’s largest companies: GTE, Colgate Palmolive and Grey Advertising. “Business Week” listed her as one of America’s top corporate women.  She authored “The Savvy Woman’s Success Bible” and “Talk Your Way to the Top,” and she was a former radio and TV broadcaster and philanthropist as well.

Labeled “The Kennedy Blessing,” Jackie Kennedy changed the way America was regarded at home and abroad for more than four decades. She had it all—beauty, intelligence, excitement, glamor, handsome husband, motherhood, decorator and working woman. Her apartment near the Metropolitan Museum of Art is where she lived for 30 years after she left Washington and where she died at 64 in 1994.

Because she handled happiness and heartache, fame and wealth, and public demands and private needs with such discipline and self-awareness, she taught the rest of us valuable lessons, and this book examines her personal traits and characteristics that are guideposts for us.

We can all learn and enrich our lives by following the examples laid out by author Flaherty with an introduction written by actress Susan Lucci of TV’s “All My Children” fame who remembers Jackie’s impact on fashion, her triumphant visit to Paris, and her commitment to restoring the White House.  As Jackie once said of herself, “Maybe now people will realize that there was something under that pill box hat.”  And they did because by the end of 1961, she had been voted “Woman of the Year” by 100 international magazine editors.

She was voted by the Harris poll as the best First Lady and the best role model for women in America and she made the world fall in love with her.  No wonder her brother-in-law Senator Ted Kennedy said in 1994, “No one else looked like her, spoke like her, or was so original in the way she did things.  No one we knew had a better sense of self.”

So, what was so alluring about her?  She had an air of mystery, she never made her private pain public, she insisted on privacy, she chose her invitations carefully, she spoke softly and slowly and enunciated carefully, she was witty, she had exquisite manners, she didn’t reveal her personal feelings, she didn’t do interviews, and she was very aware of her image. Although a chain smoker, she wasn’t photographed with a cigarette. And she treated people with dignity and grace, wasn’t rude, and behaved beautifully. Vogue editor Diana Vreeland wrote that “Jackie revolutionized the White House and before her, good taste was never the point of modern America.”

Some of us still remember that night on February 14, 1962, when she led us on a tour of the White House along with more than 50 million TV viewers and according to the Museum of Broadcast Communications, this prime-time television documentary was the first in which a woman narrated large segments of the text. Because of her, Congress gave the White House museum status with its contents fully protected, a curator’s office was established to provide long-term protection, and she produced a guidebook, “The White House: A Historic Guide,” that has sold more than 10 million copies.

She also helped preserve Grand Central Station in New York City and the historic Lafayette Square in Washington, D.C. And when in the fall of 1975, she took a job in publishing, one of her first projects was a book titled “Remember the Ladies” which focused on American women between 1750 and 1815.

But in 1994, Jackie learned that she had non-Hodgkin’s lymphoma, a virulent form of cancer that spreads quickly throughout the body.  She underwent aggressive chemotherapy treatments, eventually losing her hair and forced to wear a wig, and battled it quietly until she discontinued treatment and died on May 19 of that year. Her son said she did it in her own way and on her own terms.

And at the end, her best personal revelation about her illness was only this statement, according to columnist Liz Smith, “Why did I bother to do all those push-ups and exercises before non-Hodgkin’s lymphoma?”  She showed the same courage that was demonstrated following her husband’s assassination—the ability to withstand life’s most painful moments without crumbling.  The most succinct and tender headline in the New York Daily News upon her death was “Missing Her.”

Aside from that huge lesson the author shares, I loved the little everyday ones that Jackie taught us as well.  For example, all thank-you notes were written within 24 hours and conveyed her appreciation as well as her feelings about the person.   After her husband was buried, she wrote a long letter of appreciation to Lyndon Johnson, thanking him for walking behind Jack’s coffin despite the security risks it posed.  She even wrote notes to the sales staff at Bergdorf Goodman in New York City after a shopping excursion.

One of the most important lessons I personally learned is that we too often waste time doing things we don’t really care about just because someone else says it’s important.  Jackie taught us that if we want to get something important done, we have to learn to say “NO” to others and focus on our priorities.  She spent her time doing things that mattered to her and not feeling guilty for refusing to do something she didn’t want to do.

It’s often difficult to maintain a sense of purpose but I learned from her that it’s not necessary to put everyone else’s needs before our own to be a good and decent person.  Some people spend their lives trying to be useful while others just are.  And follow-through is a natural outgrowth of focus.  If we are to be considered responsible, we’re accountable for what we say we’ll do.

The book details other lessons as well: Jackie’s love for languages, history and learning; the ability to face reality; that it’s impossible to avoid heartache, unhappiness and even failure with those we love; that there’s no perfect man or marriage, but always compromises, and that making the commitment is always worth the risk; that it’s important to care about yourself as it is to care about others; and that others may not necessarily want what you do from life.

The author admits that writing this book helped her understand how universal the lessons from Jackie’s life ware and that her example make a difference in her own life.  Jackie was self-aware, in touch with her feelings and heeded her inner voice, so her life inspired the author to pay attention to her own intuition, act accordingly, and make her think about what’s really important in life.

And readers agree with the author’s conclusions.  With the expanded and commemorative edition written in 2014, 14 new essays from notable individuals were added to tell how Jackie’s life influenced them, and this time, columnist Liz Smith wrote the introduction.  One reader wrote, “All these years after her death and we’re still curious about Jackie.  From Flaherty’s books, we get some clues as to why.”  Another said, “This is a primer on how to live not a perfect life but an authentic, courageous, and purposeful life.”  And the MIAMI HERALD claimed, “This book is a must read about the powerful and lasting impact Jackie had on American culture.”