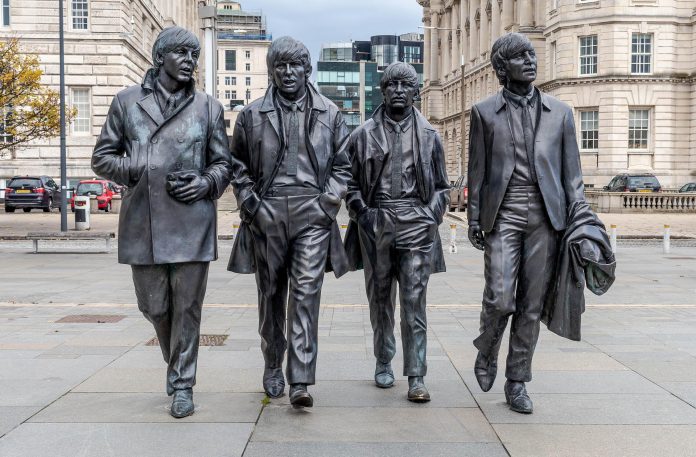 Thumbnail image by pauldaley1977 from Pixabay

When rock ‘n’ roll emerged in the mid-50s, movie studios began rush-releasing low-budget black and white films about the phenomenon and its stars. Hollywood executives had dismissed the music as an insipid teenage craze and wanted to exploit it before it died as quickly as had the Davy Crockett coonskin cap fad.

Everything changed, though, with A Hard Day’s Night.

About the young stars and their movie

United Artists offered the usual paltry budget of $500,000 for the film and a tight deadline for movie director Richard Lester. In this case, though, the old rock-flick formula was tossed and replaced as a mock-documentary based on two days in the Beatles’ frantic world.

Part of the movie’s charm is that A Hard Day’s Night never took itself too seriously. The Beatles may have dressed alike, but their individual personalities always shone through as each musician proved to be a natural before Lester’s cameras. (Earlier, in clubs in Hamburg, Germany, the Beatles had worked hard to create a fun-filled stage routine in order to mollify often-rowdy drunks.)

In A Hard Day’s Night, interviewers are depicted as inane drones caught off guard by the Beatles’ cheekiness. When John is asked, “How did you find America?”, he smirks and answers, “Turned left at Greenland.”  So busy are the superstar Liverpudlians that they are able to enjoy some childlike romping only when they slip away from their manager and cavort like schoolkids in an empty park.

One relentless demand from the record-business “suits” was that the Beatles create commercial pop tunes as fast as possible. The group (mainly Lennon and McCartney) worked well under pressure, and some of their finest quickly created works became tracks on the critically acclaimed soundtrack album. The movie culminates with the Beatles performing on television, lip-synching many of their earlier hits (although not “I Want to Hold Your Hand”).

Originally titled Beatlemania, the later title came about from something an exhausted Ringo had said during the filming. “We happened to work all night,” he explained in an interview. “I came up still thinking it was day, I suppose, and I said, ‘It’s been a hard day…’ and I looked around and saw it was dark, so I said, ‘…night.’ So, we came to A Hard Day’s Night.” John Lennon wrote the memorable title track the next day.

Throughout the film, well-known British actor Wilfrid Brambell portrays Paul’s mischievous (and well-dressed) grandfather. He is constantly referred to as being “clean,” a reference that most American audiences missed. The explanation? Brambell had earlier won UK fame as a slovenly junk dealer on the TV show Steptoe and Son, where he was often chided as being a “dirty old man.”

In 1972, Brambell’s show came to America under a title more familiar to us—Sanford and Son.