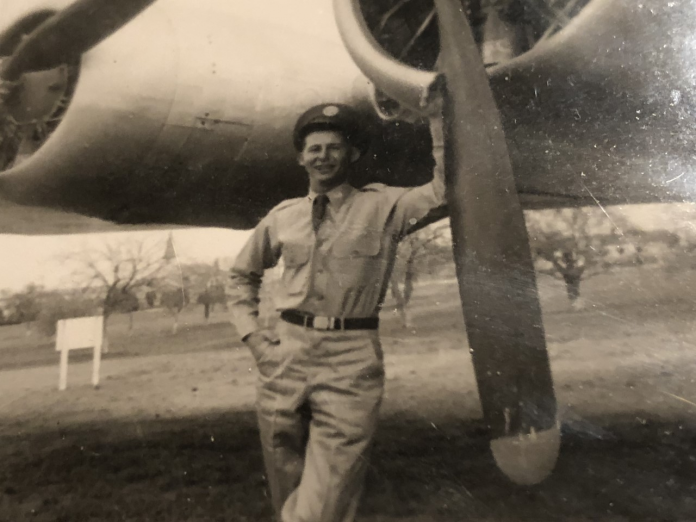 By T Michele Walker, all images submitted by writer.

When I was a young girl, every Saturday morning my father would stand at the foot of my bed with my list of chores for the day. “Time to get up,” he’d say as I would dream of a leisurely morning with cartoons and Cocoa Puffs.

You see, my dad had already been up for hours, probably woke at his usual 5 am, made breakfast and coffee, played a game of tennis with one of his buddies, had come home and he was ready for work.

One of my chores was Florida-specific: to pick up the dead oranges off the ground in the backyard. They would be all squishy and filled with pincher bugs.  I’d grumble, but he did pay me a penny an orange. I made out pretty well, as our house was built over a retired orange grove.

My father shared stories about his childhood and it read like something out of a Mark Twain novel. He grew up in what was then rural Louisiana, Lake Charles, where he would skip school to swing on vines and land in rivers near the bayou. There were gators and Cajuns who would squat in cabins by the swamps, leaving enough firewood and food for passersby.

My favorite stories were of his mischievous pranks. My dad was a member of a gang, an “Our Gang” kind of group, same era. One of their favorite pranks was to fill empty tin cans with dog poo, light it on fire, throw them on porches, ring the bell and run and hide in the bushes. The poor unsuspecting resident would walk out, see the fire, stomp it out and get dog manure on their foot.

It was a time of innocence, where children good-naturedly pranked their neighbors. No police, no neighborhood watch, no social media videotapes.

It was one of these pranks, where my father, around 12, cut his finger and was hospitalized for lockjaw. It must have been severe, because my poor grandmother didn’t have money for frivolous luxuries like hospitals.

His condition was dire. The local pastor administered the Lutheran version of the “last rites.”  The local high school dedicated the Friday night football game in his memory.

In my mind’s eye, I can see him now, just like Tom Sawyer, walking shamefully down the aisle of the church during his own funeral, shocking Aunt Polly, I mean my poor grandma. It didn’t happen that way, but my dad painted such colorful stories, my imagination soared.

Remembering my father this Father’s Day

My father passed away last April. April 16, 2019, to be exact, at 11:35 am. The things that are important are not the last few months of his life. It’s how he lived his life that is his true legacy.

He was a marvel. He was a real live private detective in St. Pete in the late 50s. He married the woman he loved and spent his life with her. He was successful and rose to the top of his field.  He devoured books, studied voraciously, way past his formal education, exercised five days a week his entire life and even bought turkeys and food and delivered them to the hungry during Thanksgiving and Christmas.

Our relationships with our parents are complicated. My father and I were polar opposites politically. To be honest, we probably didn’t see eye to eye on many of the basic philosophies of life, but we never allowed that to stand in our way. When we would debate, both of us knew at the end of the day, there was love.

And that’s what it comes down to. No parent, no father is ever perfect. But he was there. He loved me unconditionally, spent time with me and showed me grace. He taught me how to be a happy warrior, a joyful worker, a lover of the Gulf of Mexico and all things life.