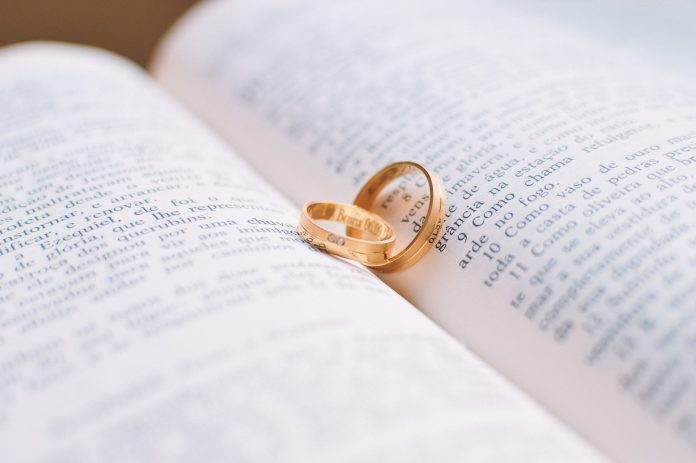 “Marriage isn’t for some folks. I didn’t think I’d ever marry.”

That’s what Ethel Mary McKee said to me on the day of her wedding – “Just didn’t meet the right man. I don’t have any regrets about waiting.” Now that might not seem strange to you, I’m sure you’ve heard it before, but you see, Ethel was not your everyday bride. Her wedding was held the day after her 88th birthday. Her good friend proposed to her, and she told me she took two weeks to carefully think it over. She finally decided, “Why not, he’s a nice man.”

Ethel Mary McKee was kind of a fixture in my teenage years. Born in Canada, she came to the United States when Woodrow Wilson was President. I met her when she was the head cook at Nyack High School. My mother worked in the cafeteria as the cashier back in the 50s and 60s. I had plenty of opportunity to get to know Ethel. To say she had a “strange sense of humor,” would be an understatement. She enjoyed having fun, and was always looking for the humor in any situation. If she didn’t see the humor, she started it. To a teenager she was more of a curmudgeon, as she didn’t mind tell me exactly what was on her mind and what I was doing wrong. So, I guess it didn’t surprise me that she never married. I knew it would take a special guy to marry Miss McKee.

That special guy came finally along; Kimball Weaver, a man twelve years her junior finally won her heart. Weaver, who was married four times before, was confined to a wheelchair as a result of a crippling accident he suffered working as a telephone lineman. Ethel and Kimball met in 1973 when they were both living in Depew Manor Senior Apartments. She cared for him and his fourth wife Margaret until she passed away early in 1978. My dad was also living in Depew Manor, giving me the opportunity to keep in touch with Ethel. As she aged, she decided to give up her apartment, and move over to the county infirmary in Pomona. When Kimball’s wife passed away, he also moved there.

I was surprised to receive a call from one of the staff at the infirmary requesting Pop’s and my attendance at the marriage of Ethel Mary McKee and Kimball Weaver on May 31, 1978, in the Chapel at the infirmary. We had to go, I knew my mother, if she was living, would insist, and Pop added – “This I’ve gotta see!” The chapel was crowded with friends, patients and staff. The couple sat in wheelchairs as the Reverend Jon Norton performed the marriage ceremony. Ethel, dressed in a white dress with a flowery green print, remained remarkably composed throughout the service, staring straight ahead. Kimball had difficulty controlling his emotions; glancing every now and then at his bride he often wiped tears from his eyes.

After the ceremony the wedding party gathered in the corridor outside the chapel. Music was played, slices of wedding cake were passed around and the newlyweds were toasted. I was happy to see Ethel Weaver was genuinely pleased with the whole affair. The couple planned to move into Weaver’s apartment back in Depew Manor.

In the following weeks, I would see Ethel pushing her new husband around the courtyard enjoying the spring sun. I learned Ethel and Kimball shared a keen interest in watching Yankee ballgames on television. They seemed just like any other newlyweds. “You don’t know how happy I am,” he told me one afternoon, tears running down his face. “As long as I’m alive, she’s never going to want for nothing.” Ethel answered with her usual sense of humor. “I’m trying to get him on a diet so he won’t be so hard to push!”

Two weeks married and their love seemed real, until Sunday, June 11 when Kimball suffered a massive stoke. After Pop called me, I drove Ethel to the hospital where around noontime she talked to her husband. She said to him, “Look at all these nice young girls taking care of you.” He smiled at her and their marriage was over in the next minute.

A couple of days later we shared a cup of coffee in Pops’ apartment, Ethel turned to me and said, “You know, I don’t think I’ll marry again, never find a guy as great as Kimball.” Their marriage and love lasted a few short weeks, but every time I ran into Ethel in the next year, she was smiling more than I ever remember.