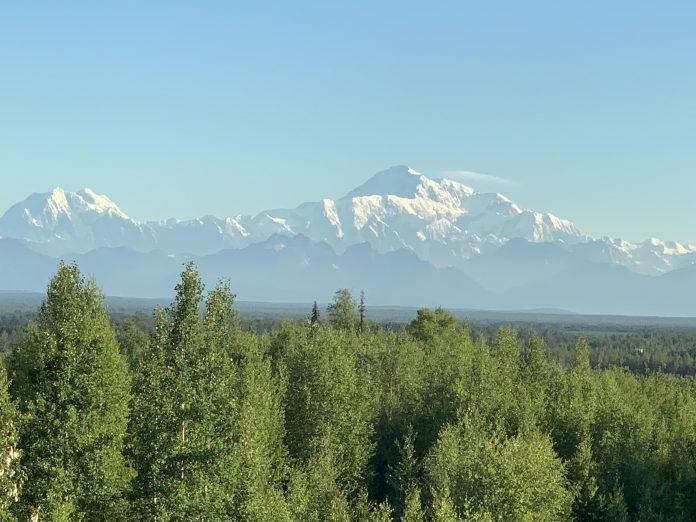 During a dramatically hot summer, many have no doubt dreamed of getting away to a cooler climate. Having the freedom to do just that, I scheduled a tour of Alaska, 7,000 miles away from the summer heat. The itinerary conjured up images in my imagination of the 1990s TV show entitled Northern Exposure, which was rumored to be set in Talkeetna, on the route between Fairbanks and Anchorage. It was actually filmed in Rosslyn, Washington!

But no matter, since I did beat the heat in the lower 48 and got to meet Alaskans and experience their Midnight Sun, which I capitalize because it is at once bizarre to see the sunset at midnight and honestly irritating. Thank goodness for heavy drapes.

By far the most tantalizing aspect of our dreamy itinerary was Denali, previously known as Mount McKinley.  As the highest peak in America, Denali reaches 20,310 feet and is just 250 miles from the southernmost edge of the Arctic Circle. Astounding even to our guide was the fact that Denali was clearly in view the entire day we visited, which rarely happens: what a gift we received!

Denali means “the high one” and indeed is the third tallest peak in the world. Situated in richly green fields –a seemingly endless filigree of trees—along the north side of the Alaska Range, Denali National Park has been designated an international biosphere reserve and was expanded from 3.2 million acres to 6 million acres by the Alaska National Interest Lands Conservation Act of 1980.

The Biosphere Program is an intergovernmental scientific program launched in 1971 by UNESCO which aims to improve relationships between people and their environments. Traveling thoughtfully, we surely connected with the benefits of this biosphere program as we drank in astounding natural beauty, successfully guarded and preserved.

Back on our way south, we visited the ranger station where at least 1,000 people seeking to climb Denali each year must attain permits. Not one piece of refuse can be left behind by anyone to mar this pristine scene.

Next on our agenda was Mile 450 of the Trans-Alaskan Pipeline, which carries oil discovered in Prudhoe Bay in 1968 some 800 miles south to the ice-free port of Valdez. Authorized in 1977, the pipeline cost eight billion dollars to construct. Thankfully, precautions have ensured minimal environmental impact. Twelve pumping stations have special radiators in certain sections to disperse the heat from pumped oil, thereby preventing the melting of the permafrost upon which the pipeline was built.

Having learned about liquid gold, our appetites were whetted to discover the solid thing next! We then learned how to pan for gold. Two sisters and their golden retriever, Nugget, demonstrated the craft. Their close relationship with the Fairbanks Goldrush is based on their dad having been a gold miner there. 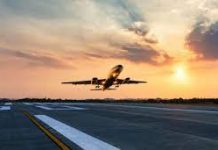 Humor: To Air Is Human