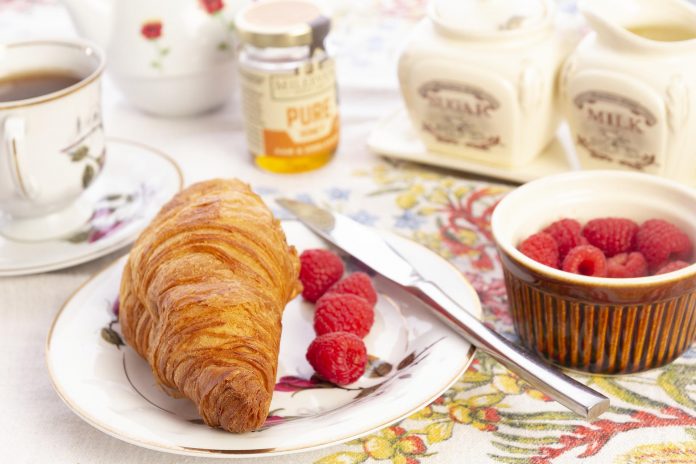 “Perfection is no accident.”

“My rules are no heavy garlic, no heavy gravy and no flaming desserts, but I use fruit in most of them. I found that Democrats usually eat more than Republicans. If guests are mostly ladies, they will usually eat more pastries than men. I always make more at holidays because some tend to disappear into purses or pockets to end up as Christmas tree ornaments in people’s homes.”

These musings and observations resulted from the career of White House Pastry Chef Roland Mesnier, the longest tenured chef who served five presidents over 25 years and who died in August at age 78 from cancer. Although he retired in 2004, he was called back for special projects by George W. Bush, and A-list guests by invitation only at black-tie, four-course meals still talk of his chocolates and blown and pulled sugar sculptures that capped his desserts and pastries.

About the man behind the pastries

Born in a tiny village in France into a large family of nine children, his father was a railroad worker and his mother was a homemaker but a wonderful chef. He discovered his vocation at 13 years of age when he worked at his brother’s patisserie from 6 am to 8 pm six days a week in exchange for room and board. He was hired at London’s Savoy Hotel where his specialty became puff pastry and chocolate molding.

He then spent nine years at the Princess Bermuda Resort where he met his schoolteacher wife-to-be who was on vacation from West Virginia and they eventually had a son, George. He returned to France where he became Executive Pastry chef at the Four Seasons’ Hotel George V in Paris and then went to Hanover, Germany to learn marzipan modeling and fondants but he missed Bermuda and returned.  In 1976, he came to the U.S. to be Executive Pastry Chef at the Homestead Resort in Hot Springs, VA, but was hired in 1979 by Rosalynn Carter to come to the White House for his pastries.

On his days off, he taught at an arts program specializing in pastries in Bethesda, Maryland, ranked in the top ten culinary schools in the U.S.  He won 18 gold medals for his pastries and the French Legion of Honor in 2005 as well as being inducted into the Chocolate and Pastry Hall of Fame in New York. He also authored “Dessert University: Basic to Beautiful Cakes.”

Prior to his illness, he traveled the U.S. and the world speaking, judging pastries in competitions and signing his books. Barbara Bush sang his accolades, “Every dessert he created was a delicious work of beauty.” Hillary Clinton said, “What is so wonderful about Roland is that his fantastic pastry and confections always look beautiful and taste divine. In short, he is the best there is.”  Chelsea Clinton credits Mesnier with teaching her to bake a “terrific pie crust” when she lived there as a teenager.

When someone once asked him how he lasted so long in his position, he said, “Technically, there’s not supposed to be any politics in the kitchen, so I try to stay away from politics and making comments. I try to concentrate on the job regardless of who is President, and I know that the White House comes first before any of your own celebrations. If I can take away the pressure of being President for five minutes, then I have done my job. That is my role in the White House, to put a smile on the face of the first family.”

His work hours were appalling, he put amazing demands on the culinary staff, and he put great research into crafting special desserts and pastries for visiting dignitaries and special occasions. His extraordinary success story recorded in this book includes his own reflections and provides behind-the-scenes insight into the people he served during his 25 years in Washington while witnessing major world events from his perspective on both crises and celebrations.

He recounts stories of President Carter’s battle for the return of American hostages in Tehran, the aftermath of Reagan’s attempted assassination, the war in Kuwait under Bush, and, of course, September 11th.  He shares stories of his own naturalization, the tragedy and moodiness of Nancy Reagan, and of Prince Charles’ embarrassment at not knowing how to use a tea bag.

Probably the most memorable event was Ronald Reagan’s 70th birthday for which Roland created a magnificent cake topped with a blown sugar horse which was a replica of his favorite horse given to him by the Mexican President. Guests of honor that evening were the Hollywood friends of Elizabeth Taylor, Frank Sinatra, Cary Grant, Gregory Peck, Charlton Heston and Jimmy Stewart.

In preparation for Tony Blair’s White House visit in 1998, Mesnier wanted London’s parliamentary clock, Big Ben, as the dessert’s stunning chocolate centerpiece, and he thus invented a new way of molding chocolate. He even shares his technique for “pulling sugar” for pastries and desserts and admits that the “down home” food requests of some Presidents he found “grotesque” but made them anyway while he recounts the real ups and downs of family life in the White House.

Melinda N. Bates who worked with Roland during all eight years of the Clinton administration and attended the state dinner for the President of Argentina recalls that the whole table gasped when the waiter presented the dulce de leche bombe with chocolate tango dancers. At the forum he held in 2004 called “Ask the White House,” Mesnier admitted that he planned the number of pastries based on who would be in attendance.

He tasted every dessert before it left the kitchen, and he carefully inspected finished plates to see what was left untouched. He questioned the White House butler to learn more about each President’s personal tastes, but he wasn’t at all fond of the Carters’ beloved molded cheese ring made of Muenster, cheddar, onions, capers and strawberry jam in the middle nor did he like the Clinton’s family recipe of Coca-Cola flavored jelly served with black glace cherries.

Nancy Reagan watched husband Ronald’s chocolate consumption but when she was out of town, Mesnier prepared a chocolate mousse for the President, and for those politicians and dignitaries who didn’t relish heavy desserts or rich pastries, he made health modifications like apple cider brulee featuring apple cider and corn starch instead of cream, and his soufflés and mousses eliminated egg yolks.

In the book, Mesnier remembered Soviet leader Mikhail Gorbachev bringing two large tins of Russian caviar to the White House in 1987, and although it was the rule that all food gifts to the White House be destroyed for security reasons, he and his assistant chef took them home as Mesnier exclaimed, “I’m willing to die for what’s inside.”

Stories of Presidents’ birthday cakes, custom pastries and the special chocolate Easter egg for Amy Carter are included as well as tidbits about his relationship with the First Ladies, and a small collection of recipes is even included at the end of the book.

This positive, upbeat and inspirational book reveals his gratitude at the opportunity he had and best of all, the 12 easy-to-follow recipes including the favorite desserts and pastries of Presidents Carter, Reagan, Bush I, Clinton and Bush II make this book a delight. Christian Malard, who co-wrote the book is a journalist for France television and an expert on international relations. Both men created a different way of looking at life in the Presidential world.

I’m writing this tribute and book review while munching on an apricot-filled whipped cream pastry with this favorite book of his in front of me because I personally remember the magnificent gingerbread house he created for the Carters at Christmas when I took a tour of the White House back in 1980.

Thus, when I read the Charlotte Observer’s review of the book in 2018 and it said, “Combine a hefty serving of insider gossip that is done with class and integrity with some of the most amazing desserts you’ll never get to taste, you’ll get ‘All the Presidents’ Pastries; the dishy stories and delightful desserts make this a sweet read,” and to me, this is a wonderful memory of a sweet man as well.

Another real treat is that there are pictures of Mesnier posing with the Presidents as he brings his practical, down-to-earth perspective to a culinary world that is imaginative, creative and fascinating. “All the Presidents’ Pastries” is a real delight if you love to bake, entertain, eat French cuisine, enjoy autobiographies and appreciate history.

How a Second Round of Stimulus May Benefit Seniors