Ants only sleep 12 minutes in any one-hour period.

An ant can lift 5,000 times its body weight. A second grader as strong as an ant would be able to lift a car.

There are more than 12,000 species of ants all over the world.

Ten-thousand of these species are citizens of the United States.

There are four types of sugar ants. I know because all of them have found shelter beneath the roof of Castle Wright. They are everywhere, not just in the kitchen but in areas where no food is to be eaten, such as “The Imaginareum”, my writing room, where no food is taken other than the requisite cup of black coffee. When I turn on the light, they scatter like cockroaches.

I fire up my iPhone and one comes out of nowhere, and runs across the screen only to die like the first Terminator, under my thumb.

They seem to drop from the ceiling, where they land and then run down my face, most of them finding their doom before they get a chance to explore my ear (their equivalent of Mammoth Cave).

They laugh at ant traps and Terro liquid. Ortho only works if they drown in it.

Many home remedies have been suggested to me.

I originally shook talcum powder on their stomping grounds and whenever I saw a little “puff of smoke”, I’d stab it with an ice pick. This only works on body lice.

I made a “tea” of boiled cloves and wiped it onto the countertops. It just makes them angry and defiant.

It is said that they won’t cross a line made with Borax. Not only did they cross it, they used it as a racetrack.

The most recent suggestion I attempted was to pour liquid dish soap into a condiment bottle, such as those you find in BBQ restaurants. You then run a bead along the seam of the countertop where it meets the backsplash. Did it work? No! But I’ll bet you dollars to donuts that my ants are cleaner than yours.

Mike Wright can be found weaving through the streets of his retirement community while playing a flute, trying to get the ants to follow him through the gates and outside of the village. Please send your personal extermination methods to him at micwrighthamo@gmail.com. 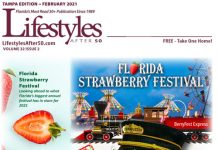