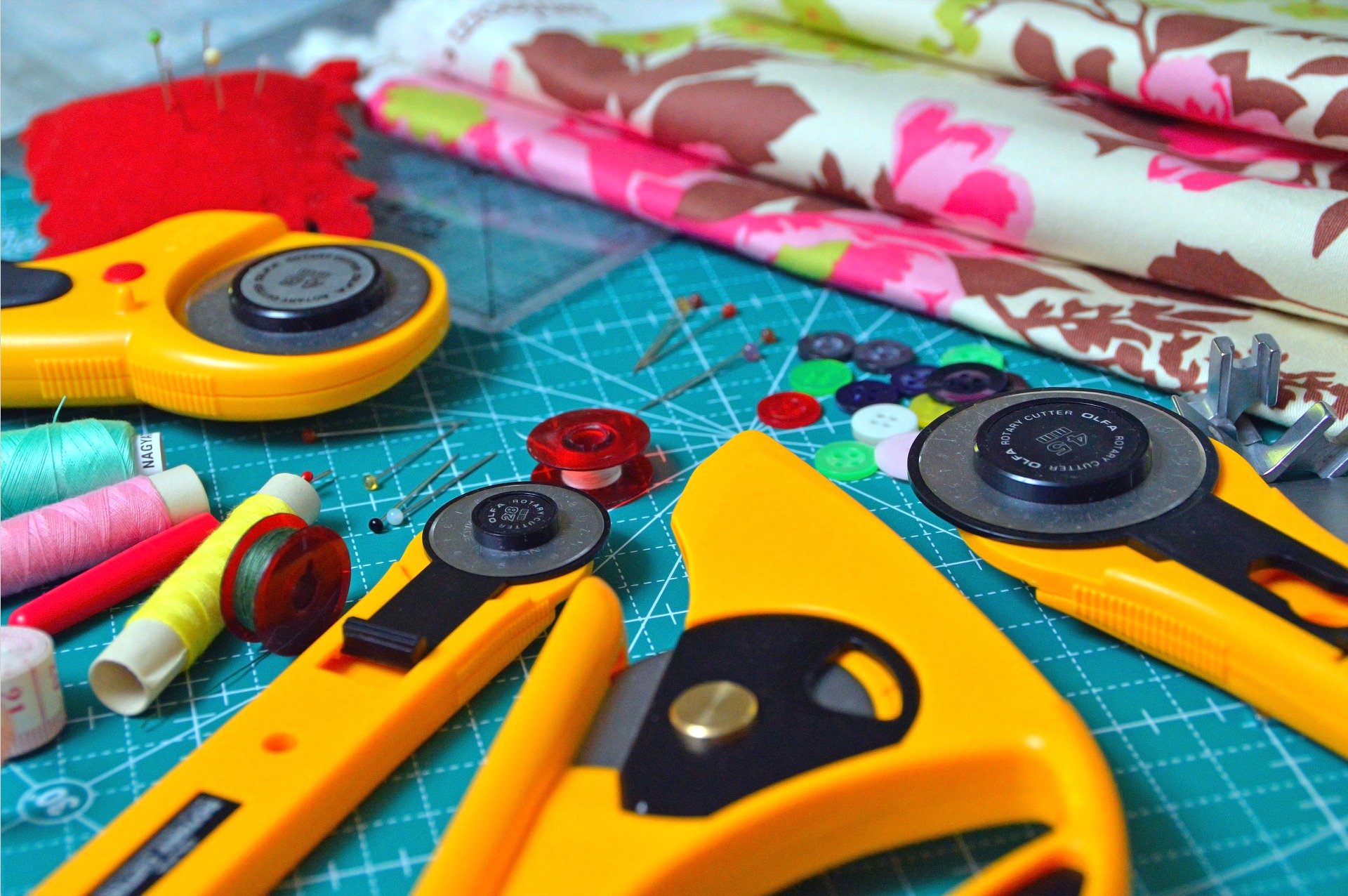 On August 7, a dignified, small but memorable ceremony will take place in Dunedin, FL, when the Quilt of Valor Foundation awards Vietnam veteran Patrick Kennedy, a resident of Trinity, FL, its Quilt of Valor. Pat Kennedy was nominated by the Military Order of the Purple Heart JFK-1963 Dunedin Chapter in Dunedin, FL. This means he is a combat wounded veteran.

For some veterans, this means more than any medal that may have previously been earned, and it becomes even more special as years pass and fallen comrades become more cherished over time.

What is a Quilt of Valor?

The Quilt of Valor Foundation’s mission is to cover service members and veterans touched by war, either physically or psychologically, with comforting and healing quilts of valor honoring them for their sacrifices.

It was started by Catherine Roberts of Seaford, DE in 2003. Roberts, a former midwife and 25-year quilter, is a Blue Star mother. Her daughter, a graduate of the US Naval Academy and her son Nathanial’s year-long deployment to Iraq as an MP who returned with a Purple Heart after sustaining shrapnel wounds provided the initial inspiration for her desire to see that returning warriors were welcomed home with the love and gratitude they deserved. She knew that over 5,500 men and women died as a result of the war in Iraq and Afghanistan, and almost 25 percent of those who returned home suffered from some type of physical or psychological wound.

She believed that linking her fellow quilt “toppers” with machine quilters in a national effort could achieve her goal of honoring men and women touched by war. It became a national grassroots community service effort, connecting the home front with our wounded combat warriors and veterans. Roberts stipulated that the quilts had to be quality made and not charity quilts. To her, the quilt had to be the civilian equivalent of a Purple Heart and had to be made, either by hand or by machine so each quilt, she says, is stitched with “love, prayers and healing thoughts.”

They are a generous lap-size of a minimum of 55 by 65 inches made by a quilt topper or “piecer” of quality fabrics and quilted by a “long armer.” The finished quilt is bound, washed, labeled and wrapped in a presentation case, ready to be awarded and not just distributed. Catherine says the efforts are a chance to show our gratitude and give back because they are quality patchwork quilts made by volunteers.

This non-profit Foundation has totally awarded 251,138 quilts and last year alone awarded 653. The organization was first called “Quilts for Soldiers” but was changed to “Quilts of Valor” to encompass all branches of the Armed Forces, and since quilting groups were in place before the Civil War, they carry a long tradition.

As Catherine says, “They are wartime quilts, made to honor those touched by war.  The Foundation is not about politics but about people. Originally awarded to servicemen wounded physically or psychologically by service in Iraq and Afghanistan, we’ve expanded to include all servicemen and veterans from all conflicts affected by war. And the US quilting community now encompasses nearly 27 million people.”

Where are the quilts awarded?

The quilts have reached every medical center in the States: VA medical centers, bases overseas, two military service academies and Arlington National Cemetery. They even have an international presence. Awards have been made on military transports, in airports, in USOs, VFW clubs and in American Legion posts. Catherine has made ten visits to Walter Reed herself.  Over 23,000 active duty, reserve and National Guard troops have been awarded quilts. The majority have been awarded to Army soldiers, followed by Marines, Air Force airmen, Navy sailors and Coast Guard “Coasties.” She says, “Our service members have been touched by war and now it is time for them to be touched by our comforting and healing wartime quilts.”

She even included in 2008 the Air Force Mortuary Affairs Operations Center that handles the dignified transfers of fallen service members to return to their homes, and the impact on those workers was huge as most began their duties with a sense of horror which soon transitioned to profound sadness. Catherine knows that the ratio of about 10 wounded troops for every troop killed in warfare means that there could be twice as many troops in recent combat as the number of quilts awarded so far. Adding in the veterans of the Vietnam War and other conflicts, the number of people eligible grows significantly higher.

So the quilters press on and Catherine’s repeated line is, “Still at war—still quilting.”  The organization accepts donations or fabrics and most quilts are made in red, white and blue. As Catherine says, “It’s a wonderful form of national service and anyone can do it.” The patterns, designs and even tutorials are available on the website. The variations are remarkable—some incorporate eagles, medals and the American Flag. The organization even has a system of matching requests for honorees with those who make the quilts.

The presentations are notable because at the ceremonies. The awardees are often accompanied by family members, friends and Rolling Thunder motorcycles. Most presentations are held at events in veterans’ centers, military hospitals, libraries, churches, museums and government buildings. Some go to military hospitals where chaplains award them. Many have gone to soldiers at Walter Reed in Washington, D.C.. Those veterans were often found through the Chaplains. Some quilts are presented individually or awarded at VA’s to groups.

Veterans, often in uniform, are awarded their quilts, a presiding officiant reads the name, tells about the honoree’s military service, gives information about the project and reads any documentation about the quilt’s construction. The biographies of the recipients are published on the Foundation’s website and the donors of the quilts are recognized as well. These combat troops who have been wounded or touched by war are awarded this tangible token of appreciation that says, “Thank you for your service, sacrifice and valor.”

Their responses are heartfelt, moving and emotional which demonstrates that the impact of the quilt is significant. One Army sergeant who returned from Iraq said, “My quilt isn’t another military medal to be placed in a box to sit on my shelf. I am moved to tears.” Another said, “I feel that someone was thinking about me when this quilt was built. When I put this quilt around my shoulders, I feel the loving arms of this country and the quilters who made it.”

Over and over again, the Vietnam veterans say that this is the first time in 50 years anyone has ever thanked them for their service. They are deeply grateful and are glad others cared.  That seems to be the most frequently heard remark: “We didn’t know anyone cared.” When one soldier asks another, “Have you deployed downrange?” and the answer is “Yes,” then you have another deserving warrior.

The awards ceremony is patriotic and brings public recognition of service to country so the result is that positive attention is brought to the servicemen, the quilters and to the Foundation. Veterans, active service members and National Guard, if they were deployed, are eligible. Roberts knows full well of the impact. She says, “We are a nation at war and warriors need something tangible, a physical representation of love, support and remembrance.”

Catherine moved from Delaware to Washington state, and now her goal is to hold a national Quilt of Valor Day. At each ceremony, she witnesses silence and then tears and listens to memories, particularly about the losses of unit members downrange and the impact on families during deployments. The repeated comments of “I didn’t know how much I needed this,” “I don’t deserve this. Give it to my buddy,” and “I was just doing my job,” keep reminding Catherine of the importance of her mission. She says, “I wonder if we truly appreciate the duty and hardships that service members face while we are waging war.”  No wonder that the Quilts of Valor website proclaims “Quilts=Healing!”