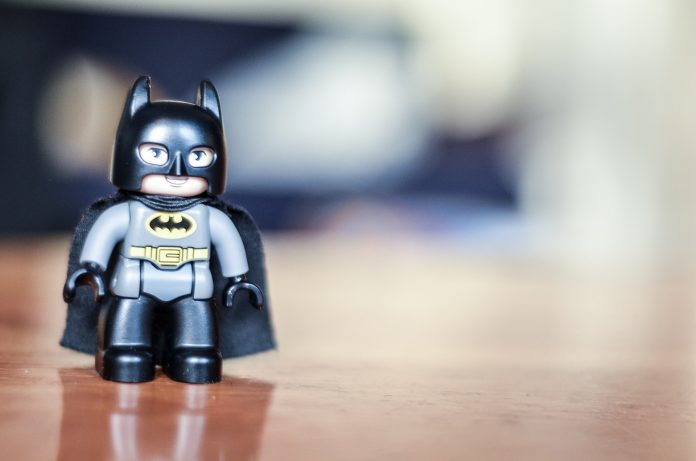 Batman featured an ear-candy theme song, barbaric death traps, innovative gadgets and repulsive villains (each one represented by a celebrity guest). The show was played for laughs all the way and poked fun at melodrama while injecting pop-culture references into the action. With all this rolled into a presentation best described as “camp”—something so bad or corny as to be declared “good”—how could it have missed?

The answer? It couldn’t. And didn’t. For a while.

Batman’s executive producer was William Dozier. Before his 1966 – 1968 series went into production, Dozier read through many of the comic books—he had never read a comic book in his life—before admitting, “I had just the simple idea of overdoing it, of making it so square and so serious that adults would find it amusing and kids would go for the adventure.”

The series was the ultimate DC Comics adaptation for the small screen. Unveiled as a sometimes satirical, sometimes slapstick sitcom, Batman starred Adam West as businessman Bruce Wayne. West (born William West Anderson) earned a B.A. degree in literature, then worked as a military radio announcer and a milkman before becoming a TV and movie actor. Burt Ward, a karate expert and former standout high-school athlete, was attending college and working in his father’s real-estate office when, just out of his teens, he earned the sidekick role of Dick Grayson/Robin. (In the process, Ward beat out future TV star Lyle Waggoner.)

Batman and Robin were crime-fighting goofballs who defended fictional Gotham City against a plethora of preposterous villains who were always involved in exaggerated situations. The “Dynamic Duo” heroes took these situations seriously, of course, which of course added to the merriment.

TV’s Batman, the only prime-time laugh-a-thon without a laugh track, was developed on the most ridiculous of premises: two costumed and masked vigilantes were working hand in hand (or hand in glove) with a bumbling police department that was constantly baffled by the bad guys. The ingenious story lines featured simplistic morality in a humorous vein. In each episode, the duo pursued dubious clues that revealed the supervillain’s plans and, in the end, always saw the pair capturing the evildoer.

The producers brought in as many wicked foes as possible, including the now-iconic Riddler (Frank Gorshin, John Astin), the Penguin (Burgess Meredith), the Joker (Cesar Romero) and Catwoman (Julie Newmar, Eartha Kitt).

The series offered 120 action-packed half-hour episodes. In time, however, the novelty of the show began to wear thin, and by the end of the third season the show had lost much of its Batluster. Eventually, Batman winged its way to lucrative Syndication Heaven. Later, Hollywood producers would try to create their own comics-based TV series by offering The Green Hornet, Dick Tracy and Wonder Woman, but by then the burned-out viewing public simply wasn’t buying it.

How to Combat Social Isolation