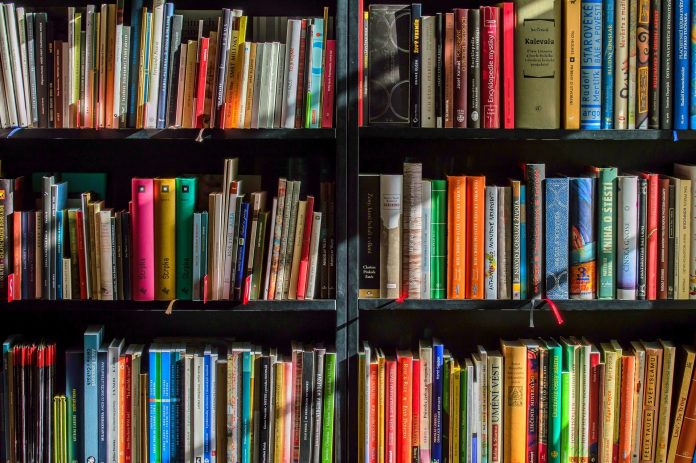 Marjorie Kinnan Rawlings was The Pulitzer Prize winning author of one of the most cherished American classic books “The Yearling,” and is the subject of “The Life She Wished To Live: A Biography of Marjorie Kinnan Rawlings,” written by Ann McCutchan. For us readers who consider ourselves truly Floridian, this newly released biography is written by a Floridian about a Floridian.

McCutchen is also the author of six biographies and a memoir including “Where’s the Moon?: A Memoir of the Space Coast and the Florida Dream,” “The Florida Dream” and “Marcel Moyse: Voice of the Flute,” one of the finest works about this master of the flute, according to Cocoa Beach’s professional flute player Vanita Jones.

Author McCutchan was certainly qualified to portray Rawlings’ life as she grew up in Florida, was former editor of the American Literary Review and was founding director of the University of Wyoming’s MFA in creative writing program. She immersed herself in researching Rawling’s correspondence, early writings and memoirs to reveal a life of contrasts and contradictions that even as a high school English teacher, I never knew.

Born in 1896 in Washington, DC, to a father who was a lawyer at the U.S. Patent office, Rawlings won a prize in a writing contest when she was 15 years old for her story, “The Reincarnation of Miss Holly.” Her father loved the out of doors and influenced Rawlings greatly, but Marjorie disliked her own mother from birth. She graduated from the University of Wisconsin where she won many literary contests, edited the literary magazine and met her first husband, Charles Rawlings. As a food lover, she wrote a column in verse for a Gannett newspaper.

When visiting Florida with her husband, they bought a 72-acre orange grove with a dilapidated farm house, sight unseen, with money from an inheritance. Her goal was to live there full-time and write. She blossomed at Cross Creek, ran the grove, taught herself to fish and hunt, and immersed herself in the local dialect of the Florida “crackers” that the poor, swampy community spoke, which outsiders were not familiar with. She fostered her love for local speech, had an eye for detail that had been honed by her early days at the newspaper, threw big dinners serving birds she had shot herself or mallards that she raised.

Rawlings was tough, ambitious and independent, but self-destructive. She swore much and drank heavily even while driving, so much so that she had five serious car accidents, once hitting a mule, killing the animal and destroying her car. She suffered from abdominal pain her whole life due to diverticulitis. She also endured divorce, financial problems, a libel suit and emotional trauma.  She even went alligator hunting, lived among moonshiners for a while, and then wrote of them in “South Moon Under.”

But at the same time that Rawlings relished the wild Florida scene, befriending the locals and showing the racial segregation there, she was absorbing the history, culture, dialects and people of Cross Creek. She discovered this area unbeknownst to most and showed the beauty of wild north central Florida before commercial development and tourism obliterated much of its charm and history.

She wrote, “No man should have proprietary rights over land who does not use that land wisely and lovingly. Cross Creek belongs to the wind and the rain, to the sun and the seasons, to the cosmic secrecy of seed, and beyond all to time. I do not understand how anyone can live without some small place of enchantment to turn to. Here in Florida, the seasons move in and out like nuns in soft clothing, making no rustle in their passing.”

But don’t think she lived like a Florida hermit. At the same time that she was immersed in the culture of this poor, rural area of Florida, she was in touch with the elite New York City editors, writers and high society.  How many others could wade through swamps, cope with one’s innermost fears and demons, and then still hold their own with writers like Thomas Wolfe?    She fostered relationships with the era’s greats: her famous editor Maxwell Perkins, notable fellow authors Robert Frost, Nora Neale Hurston, Ernest Hemingway and F. Scott Fitzgerald.

She worked very hard at her craft and labored over each sentence because writing meant everything to her. She wrote, “Writing is agony for me. I work at it eight hours every day, hoping to get six pages, but I am satisfied with three.” It was the inspiration she found in the poor, outback region of Cross Creek and her sensitivity to this area that propelled her to write her most well-known novel, “The Yearling,” about a poor central Florida boy and his pet fawn whose father orders him to kill after it ate too much of the family’s badly needed corn.

In this one book, she probed the relationships between men and women, families and individuals in her little corner of Florida and in the rest of America wherein she studied the interconnectivity between humans and nature and all living things.

The book earned her a Pulitzer Prize in 1938 and although considered a classic that was regularly taught in high school English classes, because of some of its racial language, it has fallen out of favor and popularity today.

Her later 1942 book about tending a citrus grove in Florida called “Cross Creek” was released in a special edition sent to servicemen during World War II. Even her friend Nora Neale Hurston wrote to her after publication, “You have written the best thing on negroes of any white writer who has ever lived.” In 2008, the U.S. Postal Service unveiled a stamp in her honor.  Her home is now a museum and her land at Cross Creek is a state park. Her tombstone near Island Grove, Florida reads, “Through her writing, she endeared herself to people of the world.”