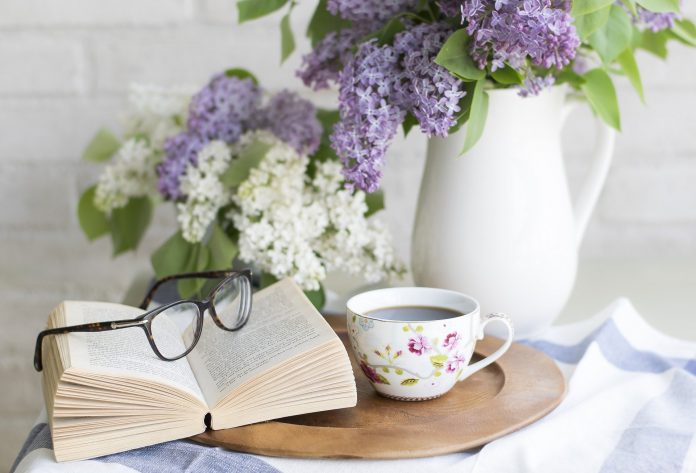 During the last Miss America pageant, Sydney Park, the contestant from New York, said, “When I was young, I was told to sit like a lady.” Author, photographer and poet Emily Kendrick from Acton, Maine, vividly remembers her own mom’s admonitions: “Close your mouth when you eat; don’t talk with your mouth full of food; remember your manners; say ‘please’ and ‘thank you’ but look at the person when you speak and make sure you can be heard; give a good handshake, not like a fish one but solid, firm and strong; never wear pink and red together in an outfit as those colors swear. And above all, look at the bright side.”

So what are all these sayings, words of advice, observations, and even tender insults called?  Momilies—those motherly sermon snippets that were admonitions or moralizing discourse to keep children safe and protect them. They were passed from mother to child, never forgotten, and usually handed down to one’s own offspring.

These memorable sayings were usually wise, witty and treasured, especially when as adults, we don’t have to listen to them anymore.  By the time we realize the advice is too dated or wrong, it’s too late.  That’s what Mom said and what we got.  To remember to heed them is a real walk down memory lane.  If only this younger generation would record them now to see how they’ve changed.

The original collection, “Momilies: As My Mother Used to Say,” by Michele Slung, was published in 1985 and then reissued in 1987.  Both became national bestsellers because readers remembered their own Momilies that were imprinted on them from birth.  In 1950, while riding on a plane, Slung decided to jot down her mother’s all-time favorite words of wisdom.  She asked her friends for even more aphorisms and grew her collection.  “It’s huge,” says Slung, “and almost universal for mothers around the world who probably say the same thing in different languages: ‘I’m only doing this for your own good’.”

Back in 1985 when the first collection was published, Slung was a Washington Post literary columnist and author of “The Garden of Reading” and “Women’s Wilies.” Her mother, Dorothy, was married to Rafael Slung, a Louisville auto parts dealer, and as Michele was an only child, she was so programmed by her mother that Michele habitually prefaced many of her remarks with, “As my mother used to say…”

Slung’s husband was a speech writer for President Jimmy Carter, and although they have no children, everyone felt free to tell her about their own Momilies.  After publication, Michele presented a copy to her mother for Mother’s Day. Her mother then lived in a retirement home in Pompano Beach, FL, and the book made her mother somewhat of a celebrity in Florida as she even got her picture in the paper.  The photo of her mother Dorothy is the first one featured in the book, taken when she was 30 and Michele was 8.

Michele notes that most Momilies are upbeat and attempt to teach positivity. Some don’t make sense but they do grab hold of one’s imagination.  She says, “They’re implanted at such an early age, you can’t judge them for logic.  The truth is that you don’t forget them.  You have to go to an analyst to forget them or at least work consciously to expurgate them.  Even though the original meaning might get lost, the sense remains.

Some are all-purpose, a few are cruel, and the majority are loving but what’s really amazing is that year after year, they guide our behavior in ways both large and small.  They have no geographic or class lines and transcend most human divisions.  Think of a saying and your mother’s voice is in your ear, whether you like it or not.”

For those printed in the book, there’s no attribution because Michele believes Momilies are generic.  She didn’t include fathers’ sayings because in most children’s minds, the mother is more of a vivid character and fathers are more often absent.  When the book was written, fathers were usually at work and mothers were at home. Slung also divided the aphorisms into chapters like “Love and Marriage,” “Let Me Feel Your Forehead,” “What You Wear,” “Foodstuffs,” and “Around the House.”  A most charming addition was including photos of famous people’s mothers like Thomas Alva Edison, Ernest Hemingway, Gertrude Stein and Elizabeth Taylor.

For author Slung, the most vivid saying from her mother was, “You’re not the only pebble on the beach,” and Dorothy admitted that her own mother used to say that to her so it became part of the family’s legacy. Michele remembers that whenever she acted uppity, out came that rebuke.  She said she never really believed it for a minute, but “I was certain that as an only child, I was the only pebble, and it was a small beach.”

Personally, I just ordered a dozen copies for friends in my age group for Mother’s Day.  We need the laughs, memories and admonitions ourselves.  After all, how many times have we offered a saying or piece of advice ourselves, prefacing it with, “As my mother used to say…”  And what I wouldn’t give to hear them again from my own mom.

Book readers mostly agree.  One said, “You’ll laugh because they are so true.  I miss my mom and this book vividly brings her voice to life.”  Another said, “I gave this book to my mother and she laughed out loud.”  Most agreed that the advice is tried and true.  Only one said, “I’m probably not the target generation,” but another said,” The rules of parenting have changed so much that many of the lines familiar to me from my childhood are now not legal.”  Still, who cannot appreciate a few of my favorites:

“Stop crying or I’ll give you something to cry about.”

“Always put on clean underwear in case you’re in an accident.”

“Turn the reading light on or you’ll go blind.”

“It’ll never get well if you pick at it.”

“Don’t swallow a cherry pit because a cherry tree will grow in your stomach.”

“The only thing that counts in a job interview is clean fingernails.”

“Never learn to iron a man’s shirt and you’ll never have to.”

Son:  I feel like you’re always making up rules.”

Son:  “Like if I don’t clean my room, a portal will open and take me to another dimension.”

Mom:  “Well, that’s what happened to your older brother.”