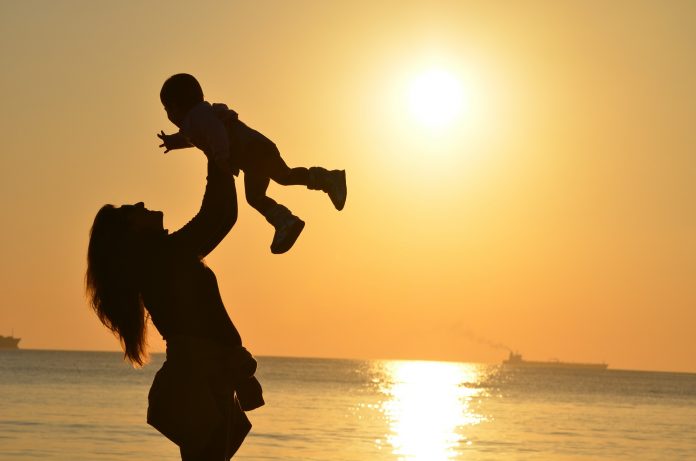 Evelyn Loeb Beilenson was born in Paris but came to America in 1941 and co-founded an interior design company. Within a decade, she joined her attorney husband to resurrect the family’s publishing company started in 1928. They oversaw the transformation of Peter Pauper Press from a struggling small book publisher into a multi-billion dollar business which specializes in children’s books, activity books, stationery, journals, holiday cards, engagement calendars, travel guides and gift books. For more than 30 years, Evelyn authored or compiled more than 60 books including “Wit and Wisdom of Famous American Women” and the children’s picture book, “The Zoo is Closed Today.”

The company is now run by her son, Laurence. Evelyn had three children and five grandchildren but died last year at 83. She shared her own vision for publishing when she wrote, “In the midst of our busy lives, we must find the magic that makes our souls soar.”

About “Mothers and Daughters”

This small book is her daughter Suzanne’s tribute to her mother and dedicated to Evelyn as stated in the preface. Suzanne Beilenson is a prolific writer of more than 20 books: “The Little Black Book of Brain Genes,” “Ancient Egypt Scratch and Sketch,” “Eight Nights of Hanukkah,” “Crazy Cats” and her best seller, “The Pocket Calorie Counter.”

Suzanne wrote in the foreword to “Mothers and Daughters: That Special Bond” that, “There is no other relationship quite as special as the one between a mother and her daughter. It is always her mother who defines the standards, but a mother learns just as much from her daughter because she opens up new horizons for her mother, shows her the unending possibilities of the world, the changes that come with the times, and new definitions of being a woman. The bond between them is one of the strongest in each of their lives. They are women standing together—learning, living, and most of all, loving.”

And this little book is a delight. Suzanne includes hand-painted photographs, and in the first chapter, daughters talk about their mothers. Their stories will make you both laugh and cry.  Names you know will tell you of their mothers and remind you of your own: Gwyneth Paltrow, Eartha Kitt, Loretta Lynn, Zora Neale Hurston, Barbara Mandrell, Whitney Houston, Ali McGraw, Cookie Roberts, Bette Davis, Liza Minnelli, Candice Bergen, Naomi Judd, Katharine Hepburn, Ginger Rogers and more. Beilenson said it best when she wrote, “No matter how perfect your mother thinks you are, she will always want to fix your hair.”

The third chapter features both mothers and daughters in public life: Barbara Bush, Betty Ford, Caroline Kennedy, Nancy Davis Reagan, Patti Davis, Golda Meir, Raisa Gorbachev and Ruth Bader Ginsberg, who sums up the relationship so well when she wrote, “I pray that I may be all that my mother would have been, had she lived in an age when women could aspire and achieve.”

The book’s final chapter includes “proverbs and pundits” about the mother-daughter relationship; words from Scripture, Hindu, Hebrew, Irish and Italian proverbs, writers like Louisa May Alcott, Oscar Wilde, Pearl Buck, nursery rhymes and writings from philosophers like Horace. But it’s Hope Edelman who sums it up best when she wrote, “Our mothers are our most direct connection to our history and our gender.”

Admittedly, I have no daughter of my own, but I still feel close ties to my mother although she’s now deceased and, after her loss, I probably wrote my best article that’s been reprinted numerous times called “Lessons Learned from a Mother’s Death.” Even my husband tells me he married me because I was so much like my mother and then he quotes the old Hindu proverb, “Marry the daughter on knowing the mother.”

This small volume remains on my bookshelf and for this Mother’s Day, I’ve ordered ten more copies to give to my girlfriends still lucky enough to have their mothers in their lives, hoping they’ll treasure them even more and rejoice in this celebration of the mother-daughter bond.