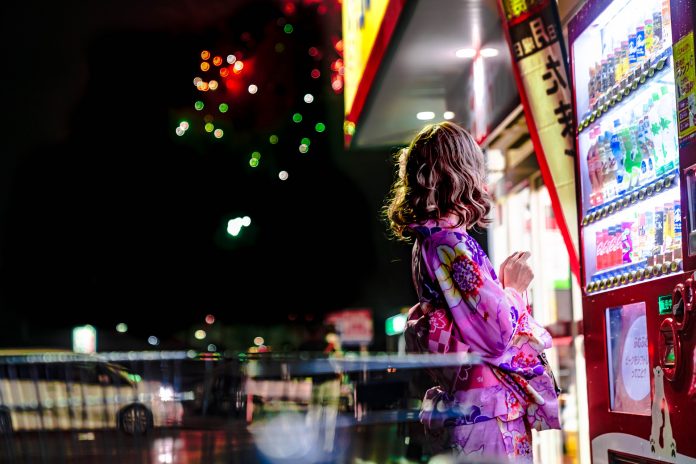 Vending machines are everywhere and we take them for granted, but cultural historian Kerry Segrave traces their history in a hugely entertaining book. Segrave has also written about drive-in theaters, jukeboxes, ticket-scalping, lie detectors, smoking and shoplifting. But it’s this book which most fascinates snackers and food lovers.

The history of vending machines

The earliest vending machine can be traced all the way back to the first century AD to Heron, a Greek mathematician, physicist and engineer from Alexander. He described and illustrated a coin-operated device used for dispensing sacrificial water in Egyptian temples because worshippers took more than their fair share of holy water at the temples. The machine accepted coins and when deposited, they hit a pan and pushed against a lever that let the water flow out. Once the coin fell, the valve shut and the water stopped.

In eight chapters covering the era of the successes and failures of the machines, economic factors that influenced their popularity, the struggle to become a large-scale method of retailing and the decisions to select which products to offer, Segrave offers a vast array of illustrations and photographs, examining the vending dollar value, statistics and sales by location.

In 1822, English bookseller Richard Carlile created a newspaper vending machine that sold banned works like Thomas Paine’s “The Age of Reason” (for which he was arrested). In 1883, Percival Everett sold postcards in train stations around London. In 1888, here in America, The Adams Gum Company dispensed Tutti-Frutti gum from vending machines. When they became more popular, vending machines offered stamps and peanuts, but hot and cold beverages were especially desired.

Today, vending machines are a $30 billion industry and are offering the unthinkable: in China, you can buy a live crab, in Singapore, a luxury car and in the U.S., Art-o-mats offer original works of art. Some machines will cook your selected food, such as Beyondte Electronics in China that deep-fries French fries, complete with choices of dipping oil. “Let’s Pizza” will shape the dough, spread the sauce, drop the cheese and toppings and bake it, all in 90 seconds.

Even though the pandemic has increased our appreciation for home cooking, buying a quick treat from a big metal box to satisfy our desire for instant gratification will always have a place in our world. Believe it or not, people notice vending machines more than they do fire escape signs. What does that tell you about our attachment to these mechanical robots that dispense a myriad of offerings?