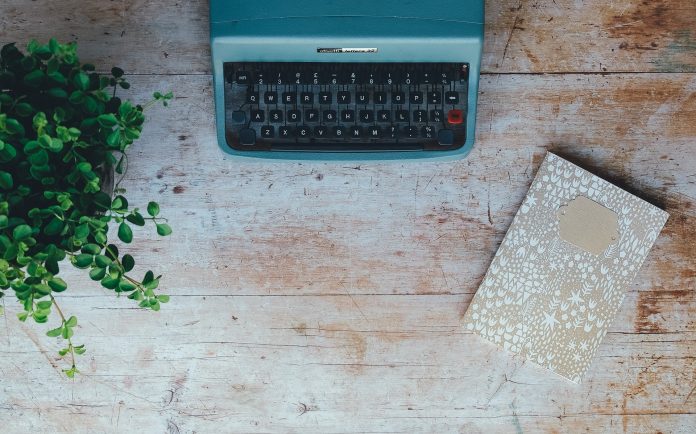 Make your own Bible, select and collect all those words and sentences that in all your reading have been to you like the blast of a trumpet out of Shakespeare, Seneca, Moses, John, and Paul.

Do you jot down favorite quotes, wise words, witticisms, thoughts and the remarks of others? If so, those “commonplace books,” as they are called, have a long history and keepers like us are among good company. Thomas Jefferson kept separate volumes for his literary favorites and for his legal ones. Writer George Eliot called her collection a “blotter” and the poet J. D. McClatchy described his as a “ledger of envies and joys.” I call mine a notebook of lines I wish I had written.

About the book’s author

Commonplace books flourished in the 18th century, and today, they most exist digitally.  But Dwight Garner, a staff writer for The New York Times, started his as a high school student in the 80s and has maintained it for 40 years. I’ve not been as faithful with keeping mine but have tried for almost as long. Garner says he scavenged wisdom for his life as a reader so he recorded lines from plays, movie scripts, novels, poems and advice columns as well as snippets from people’s conversations, anything that, “makes him sit up in his seat or jolts him awake.”

We both are avid underliners of words that we adore in books, so ours are marked up, even with margin notes. But when Garner worked for a weekly newspaper in Vermont, he typed his favorites into a computer file filled with as he calls them, “verbal delicacies,” and I have never taken the time to do so. His result is “a memory aid and a kind of external hard drive,” as he writes.

But it’s not neat and orderly; it’s not a “Bartlett’s Familiar Quotations” or the “Yale Book of Quotations.” To Garner, those carry too much dead weight of overused phrases and platitudes; too many with feel-good vibes that are stitched onto throw pillows or written in calligraphy and framed to be hung in gift shops. Instead, his goal is to tickle our “taste buds,” so he includes clever aphorisms, cute and funny sayings in his book, “Garner’s Quotations: A Modern Miscellany.”

The book includes thoughtful musings like Toni Morrison’s, “A dream is just a nightmare with lipstick,” or Myla Goldberg’s line, “Nothing amplifies failure like the hug of a stranger,” or singer Grace Jones who requested on tour that two dozen oysters be kept on ice till after performing and then announcing, “Grace does her own shucking.” I particularly loved fashion designer Elsa Schiaparelli’s observation that, “Women dress alike all over the world; they dress to be annoying to other women.”

Don’t expect to sit and read through these many quotes like a novel. You have to dip into it whenever you need to speak or write something catchy, witty or to impress another.  Better yet, the book is “giftable” to friends who enjoy such precious tidbits of thought.  Garner doesn’t even separate the lines according to themes or chapters or topics. Since quotations, by definition, are out of context, his don’t fit special categories because he didn’t set out to write an uplifting collection of life lessons. His gems just flow from one to another such as Gore Vidal’s, “Whenever a friend succeeds, a little something in me dies,” or Dorothy Parker’s, “If you want to know what God thinks of money, just look at the people he gave it to.”

The best line for me is from philosopher Jean Baudrillard who remarked, “It is invariably oneself that one collects.”

So, Garner’s commonplace book could be a partial autobiography or collection of literary musings, used, as he says, to quote others only, “… in order to better express myself,” but it shows he’s a devoted “wordeater,” as he describes himself.

Shockingly, this book contains only a small selection of his voluminous findings from the many books and writers he admires, and he hopes his readers will start reading lists of their own. This book, he writes, is his way of saying thank you to the many writers who have brought him pleasure.

My own little commonplace book pales in comparison to Garner’s, but my list speaks to me and just maybe you, too, will be motivated to create your own commonplace book—what a precious gift to leave your loved ones and how thankful I am that Garner has left his favorite quotations to me. Also consider it a wonderful gift to your fellow readers and book lovers.