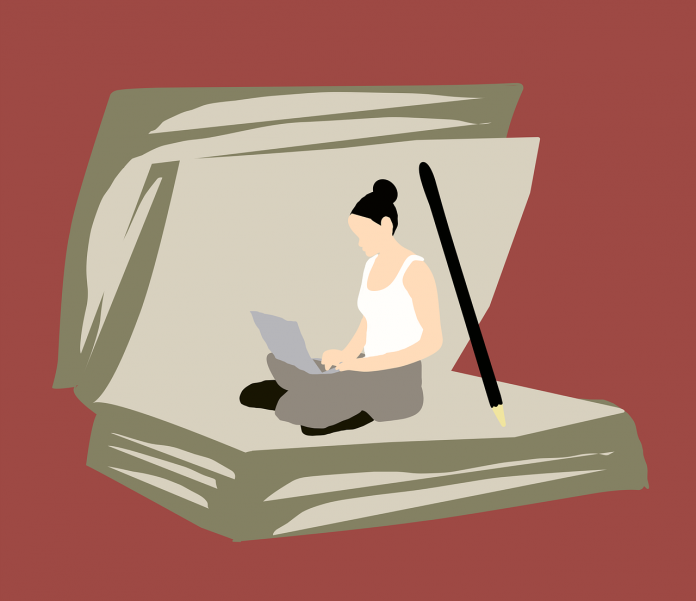 A little girl, about 7 or 8 years old approached Hillary Clinton and said, “You’re my hero. Who’s yours?”  Hillary herself then had to admit that, “Growing up, I knew hardly any women who worked outside the home. So I looked to my mother, my teachers and the pages of LIFE magazine for inspiration. After learning that Amelia Earhart kept a scrapbook with newspaper articles about successful women in male-dominated jobs, I started a scrapbook of my own.  Long after I stopped clipping articles, I continued to seek out stories of women who seemed to be redefining what was possible.”

Women’s History in the Book

Daughter Chelsea admitted that this book, “The Book of Gutsy Women: Favorite Stories of Courage and Resilience,” is a continuation of this topic as her mother, her grandmothers, and her early teachers were also women, but her world was different from her mother’s as her pediatrician was a woman as was the first woman mayor of Little Rock, Arkansas who Chelsea remembers from her own childhood.  And most of her close friends’ moms worked outside the home as nurses, doctors, professors, and business women.  But she admits that ensuring the rights and opportunities of women remains a big piece of the unfinished business of the 21st century.

Over time and throughout the world, women have overcome tremendous obstacles to win victories that have made progress possible. Hillary and Chelsea examined how some very special women achieved their greatness. They looked at the lives of Civil Rights leaders like Rosa Parks and Dorothy Height; a LGBTQ trailblazer like Edie Windsor; writers like Rachel Carson and Maya Angelou; political leaders like Ann Richards and Geraldine Ferraro; activists like Sarah Brady and Delores Herta; healers like Florence Nightingale, Clara Barton and Betty Ford; explorers and inventors like Marie Curie, Sally Ride, Madam CJ Walker and Hedy Lamarr; early inspirations like Helen Keller, Anne Frank and Maria von Trapp; and women’s rights champions like the Suffragists—all women with stories to share that are uplifting, inspirational and will make you cry for their heartbreaks and applaud their successes.

You will even laugh when remembering Babe Didrickson Zaharias who shattered nearly every athletic barrier in the early 1900s and yet when asked whether there was anything she didn’t play answered, “Yeah, dolls.” Photos and quotes from each of the 181 featured women provide insights and understanding, particularly when Venus Williams says, “We work hard and we learn from our losses.  Because just like on the court, your losses teach you how to win.”

Betty Ford says, “I do not believe that being First Lady should prevent me from expressing my ideas…why should my husband’s job or yours prevent us from being ourselves?  Being ladylike does not require silence.” Or when Cherokee Tribal Chief Wilma Mankiller wrote, “I’ve run into more discrimination as a woman than as an Indian,” or my favorite quote when Maryland Senator Barbara Mikulski said, “I might be short, but I won’t be overlooked.”

Of course, both Chelsea and Hillary had difficulty narrowing down the huge list for the book but the chosen women all had guts (thus, the name for the book), were leaders who stood up to the status quo, looked fear in the face and persevered, were fiercely optimistic and innovative, and had faith that their actions would make a difference.  Chelsea and Hillary, in a conversational style of writing, set out to prove that, “If history shows one thing, it’s that the world needs gutsy women. Six women ran for U.S. President in mid-2019, so it’s proof that gutsy women are making a difference.”

Both writers encourage readers to seek out their own heroes and write their histories, especially to emulate Gloria Steinem who, when asked when she planned to “pass the torch,” said, “I’m not giving up my torch.  I’m using it to light others’.  That’s the only way there can be enough light.”

When a woman in America today is 50% more likely to die from pregnancy, child birth or related complications than her own mother, when Japanese employers require women to wear high heels, calling the practice “necessary and appropriate,” and when tennis star Serena Williams was told by French Open officials that she couldn’t wear her black catsuit even though it was helping prevent life-threatening blood clots, you know why this book was so needed.

Regardless of the readers’ political preferences, who better to write such an inspirational and uplifting book for all us women then mother, wife, grandmother, attorney, U.S. Senator, First Lady, the 67th Secretary of State, and first woman in U.S. history to become the presidential nominee of a major political party?  And then team with daughter Chelsea Clinton who is an adjunct assistant professor at Columbia University’s School of Public Health and who is also a champion for girls and women through her advocacy at the Clinton Foundation?

Best of all, the book tells of the impact each of the women showcased had on the Clinton women. For example, when a young Chelsea wrote to President Ronald Reagan to express her opinion after he visited a cemetery in Germany, she never received a response; thus, her parents promised that no child’s letter to the White House would go unanswered during the Clinton administration.

So no matter your personal feelings and opinions about these Clinton women authors, who each give their own take on the book’s featured women, this is a book that should be required reading for young girls everywhere as a great way to learn women’s history one profile at a time in the most informative and entertaining way possible. It’s destined to become a historical and educational resource that will make all readers feel blessed to know gutsy women who paved the way for inclusion and the relevance of all women in this male-dominated world.

As the authors conclude, “All these women made the world better.  We draw strength from these women and we hope you will too because if history shows us one thing, it’s that the world has always needed gutsy women and we know it always will.”  As one reader wrote, “This book is about gutsy women written by gutsy women—what’s not to love about it as this is a treasure trove of women from all walks of life and from around the world?  This book is a keeper and definitely a must-read, especially during March, Women’s History Month.”