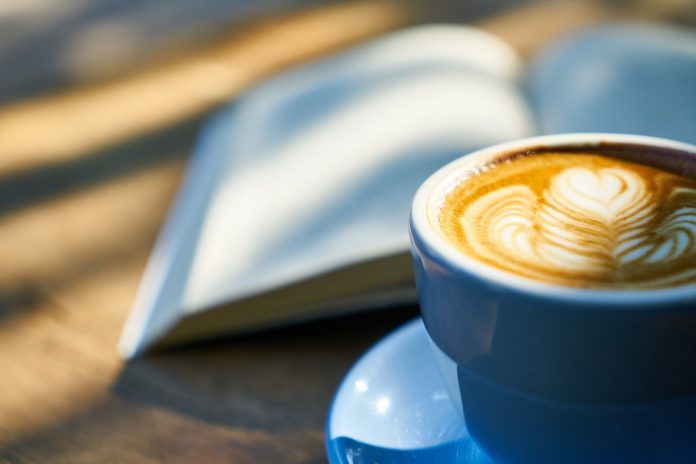 Coffee table books make great display pieces and give tabletops a sense of style while at the same time provide reading material for guests and family who come to visit. “Lifestyles” features a few of our favorites for this holiday season.

1. “The Art of Bob Mackie” by Frank Vlastnik and Laura Ross

Now 82 years old and a Palm Springs, California, resident, Emmy and Tony-winning costume designer Bob Mackie has collected the best of his work that’s shaped pop culture. From the day as a child whose aunt gave him a jewelry making kit, he went on to clothe Cher in the 70s and claims his success with her was because she had fun wearing his creations. Interestingly enough, Carol Burnett has the exact same measurements, same figure and same height, but it’s Cher who put Mackie on the world stage.

2. “Dessert Person: Recipes and Guidance for Baking with Confidence” by Claire Saffitz

“If you’re not already a dessert person, Claire will make you one,” says Dorie Greenspan. We at “Lifestyles” treasure our sweets and here, in this beautifully photographed volume of 100 stellar desserts, Claire Saffitz features her favorites. No wonder the New York Times Book Review named it one of the best cookbooks of the year. This YouTube star of the show “Gourmet Makes” showcases her Apple and Concord Grape Crumble Pie, Malted Forever Brownies and Strawberry-Cornmeal Layer Cake, among others.

Monty Don, Britain’s best-known horticulturalist, and award-winning photographer Derry Moore traveled across America to showcase our nation’s gardens that epitomize the spirit of this nation such as Thomas Jefferson’s Monticello with its slave garden, Longwood Gardens in Delaware and Middleton Place in South Carolina. Even urban outdoor spaces like New York City’s Central Park, Chicago’s Lurie Gardens and the Seattle Spheres are included. The unpublished photographs of Bob Hope’s Palm Springs home and Frank Lloyd Wright’s garden take the reader down new paths of beauty.

This former combat photographer in World War II is regarded as the world’s greatest domestic animal photographer whose career spanned over 70 years and whose archives contain more than 200,000 photographs that have appeared on over 300 magazine covers such as on “Life” and “Look”.

“Financial Times” claimed that walking the supermarket pet-food aisle in the 60s was like attending a Chandoha gallery opening because almost every brand used his work on its packaging at one point. He died in 2019 at age 98, but this collection is his greatest legacy devoted to man’s best friend.

5. “Expect a Miracle: Quotes to Live and Love By” by Danielle Steel

Best-selling author of almost a billion copies sold of her novels, Steel has collected meaningful quotations since she was 13. She made collages of them as gifts, framed them and hung them on her walls and around her desk because they inspired her, made her laugh, and lightened her day. She says, “Words have become my career and my life and my inspiration. The right words give me courage, strength, and peace.”

In this book, she shares her favorites, what a precious gift. No wonder the book’s title is based on a quote by Mike Greenberg, “Life is a series of tiny miracles.”

One hundred global female leaders who personify power, independence and compassion share their stories, ideas and reflections to illustrate how women in leadership roles are transforming the world.  Visual and anecdotal story telling are featured by leaders such as Serena Williams, Hillary Clinton and Greta Thunberg.  Gorgeously illustrated, this volume is a celebration of strong women everywhere.

7. “The Best of Nest: Celebrating the Extraordinary Interiors from Nest Magazine” by Todd Oldham

“Nest” magazine featured luxury interiors and non-traditional, exceptional and unusual environments from 1997-2004. Fashion designer Todd Oldham selected the best from all 26 issues, wrote the introduction and gave a behind-the-scenes examination of each issue’s creation. The photographs feature the best design treatments so the volume includes foldouts, die-cuts and covers with silver foil and glitter—what a coffee table stand-out.

Tips for Boosting Your Immunity with Supplements