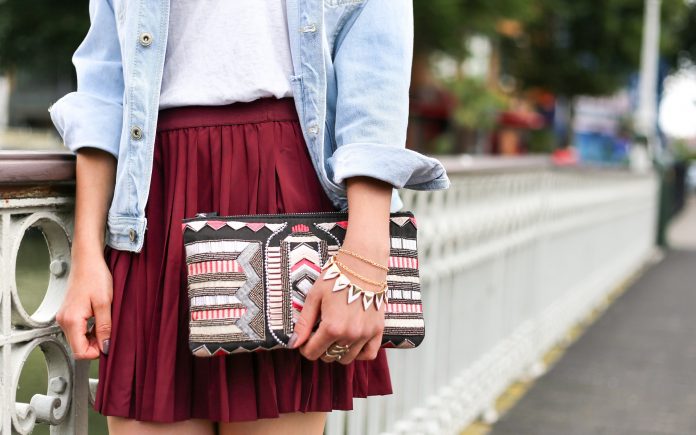 Miniskirts were not born, as many of us believe, during the UK youthquake (as it was called) of the frenzied Sixties. Over the years, archeologists have unearthed short-skirted European figurines created between 5400 and 4700 BC. Some ancient Egyptian frescos have depicted female acrobats wearing them, as well. During the 20th century, the “flapper” era saw entertainer Josephine Baker shock Parisian audiences with a miniskirt made of bananas when she performed in the Follies Bergere. Fifties sci-fi movies such as “Flight to Mars” and “Forbidden Planet” also featured the controversial clothing. A decade later, Mexico City fashionistas were wearing skirts that stopped far above the knee.

Modern cultural historians, though, have given British fashion designer Mary Quant much of the credit for this worldwide clothing revolution. Since 1955, she and husband Alexander Plunkett Greene had operated Bazaar, an upscale boutique in the Chelsea area of London. (Bazaar was one of only two such shops there that catered to the young.) Quant initially offered the short dresses to allow wearers to run for city buses more quickly.

The term “miniskirt” was derived from Quant’s favorite British car, the popular Mini Cooper. (In 1988, Quant designed the interior of a limited-edition Mini. Of the 2,000 built, each featured black-and-white-striped seats with red trimming, red seatbelts and Quant’s signature on the driver’s and passenger’s seats. These rare vehicles have now become coveted collector’s items for certain nostalgia buffs.)

By the Sixties, Chelsea was emerging as a place of beatnik joints, cellar music clubs and fashion shops. Young women who shopped there became known as Chelsea girls, and Quant was more than happy to outfit them in ribbed poor-boy sweaters, fishnet gloves, patterned stockings and, due to increasing demand, coquettish miniskirts that measured up to 10 inches above the knee. Quant’s design was often worn with flat Mary Janes or zip-up knee-high boots and thick, brightly colored tights.

Thanks to such fashion icons as Twiggy and Jean Shrimpton, miniskirts quickly captured the zeitgeist of ultra-hip London during the Beatle era, and before long the fashion trend surfed the slipstream of the British Invasion to seemingly become mandatory dress for ladies worldwide for years to come.

To its wearers, the miniskirt wasn’t only “groovy,” it also showed support for female liberation—something long overdue in the hearts of many. Women’s movement pioneers such as Gloria Steinem and Marlo Thomas tacitly endorsed the bottoms when they made public appearances in them.

The short-dress trend lasted throughout the remainder of the decade, thanks in part to Goldie Hawn. She prolonged the fashion fad as a pop-culture phenomenon on TV’s “Laugh-In,” with young women often embracing Hawn’s signature skirts.

The fashion world is ever-changing, of course, and by the end of the Sixties hemlines fell to the ankles in a style dubbed the “maxi,” with lengths becoming the longest since World War I. No problem for Quant, though; by then, she had created another fashion rage: short shorts. Or, as they came to be known, “hot pants.”