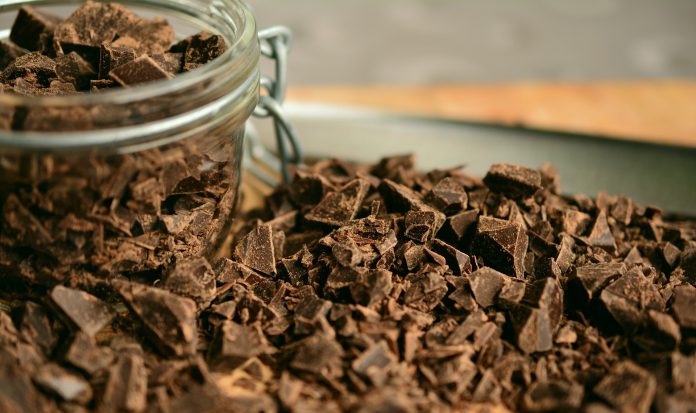 Thumbnail image by congerdesign from Pixabay

When you are planning your holiday menu, remember to include an all-time favorite ingredient: chocolate!

Its scientific name means “food of the gods” and indeed, the first people to climb to the top of Mount Everest buried a chocolate bar there as an offering to the gods of the mountain.

Research on chocolate reveals cocoa seeds as the main ingredient in the sweet treat. Cocoa trees require heat of 70 to 90 degrees and more than 48 inches of rain per year. They thrive specifically on land which lies between 20 degrees above and below the equator.

The tiny 1/32-inch midge fly is the official pollinator of cocoa trees’ yellow-white and pink blossoms, but the resulting seedpods are surprisingly as large as footballs.

It is interesting to note the Mayans who lived on the Yucatan Peninsula cultivated cocoa plantations as far back as 600 BC. Researchers have also discovered traces of cocoa powder in 3,000-year-old Bronze-age pottery in Honduras.

Mayans called their cacao trees “kawkaw”, which evolved into the word “cocoa.” Cocoa beans were a form of money to them, whereby 10 beans could buy a rabbit and one bean an onion. Cocoa beans were also given as gifts and buried in tombs Christopher Columbus was, however, unimpressed with a gift of cocoa beans from the Aztecs: he tossed them overboard into the sea.

Once a beverage of the elite, from Aztec nobles to Jesuit clerics, chocolate eventually became a snack for the masses.

After the cocoa seeds are harvested and removed from the pods, the nibs can finally emerge as the prize that gets roasted and ground.

The pleasure we get from eating this treat and the feeling of being in love are experienced in the same part of the brain. Phenethylamine is the chemical found in cocoa which has also been shown to be produced in the brains of people in love! Chocolate as a gift might trigger feelings of love.

There are a number of organizations working on making the harvesting of cocoa in Africa free from slave and child workers. They include Fair Trade USA, Fair Trade International, Equal Exchange and Rainforest Alliance; look for these labels on chocolate products you purchase.

Chocolate Recipes for the Holiday Season

Here are a couple of chocolate-based recipes that are fun to include during your holiday socializing:

Hot Chocolate: Place a cinnamon stick, 2 teaspoons chili powder and 2 teaspoons vanilla extract in a small pan. Add 2 cups of almond milk and bring to a boil, then simmer for 15 minutes. Add 2 tablespoons of cocoa powder and stir briskly until cocoa powder is dissolved. Using a small whisk, whip until the beverage becomes frothy, which takes a while but is well worth it!

“The Book of Chocolate” by H.P. Newquist

“The True History of Chocolate” by Sophie D. Coe and Michael D. Coe

Help for Grandparents with Faulty Hearing