As much as I gripe about the holiday season, there’s one time-honored December tradition to which I happily succumb. As we near the eight days of Hanukkah, I’m overtaken by an urge to cook a traditional dish, potato pancakes, affectionately known as latkes.

But first, one must consult the calendar to verify its precise arrival. Unlike Christmas, Hanukkah has no consistent date. Not being a student of the Hebrew calendar, its landing always seems to me as being completely arbitrary, though I’m sure that’s not the case. But, like most Jewish holidays, it’s never on time. It’s either early or late. In fact, I can recall one year when Hanukkah was so eager to arrive, it actually collided with Thanksgiving.

Back to the potatoes…

For the uninitiated, a latke (pronounced lat kuh, with emphasis on the lat) may appear to be nothing more than a fried potato pancake. But the little latke is so much more. It’s a potato pancake with a soul. The making and eating is a treat for all the senses. Therefore, once a year, I throw food caution to the wind, swallow an extra statin and prepare to enjoy starch cooked in oil.

Like all things Jewish, the proper preparation is not without controversy. Traditionalists claim the only authentic way to make them is grating the potatoes by hand. Since I don’t believe a preferred methodology is discussed in any holy text, I stand with those who grate by food processor. The outcome is just as good, and one’s knuckles remain intact.

What can compare with the aroma of frying the latke? Nothing, except for eating the latke.  Garnish as you like – apple sauce, sour cream, even caviar. And voila! The dull potato has been elevated to a luxurious treat.

However, I must repair the damage that was my kitchen. But not even the splotches of potato starch that have landed on counters and floor, and the splattered oil on my stove, can detract from my satisfaction. The secondary benefit? The memory of the experience due to the lingering odor which permeates the house long after the eight days are over.

And once everything is nice and tidy, I know I’ll forget the mess and do it again next year.  Whenever Hanukkah decides to arrive.

Susan’s newest book, “How to Complain When There’s Nothing to Complain About,” is available at Amazon.com and other online book sellers. Read her blog at www.SusansUnfilteredWit.com. Email: SusanGoldfein@aol.com 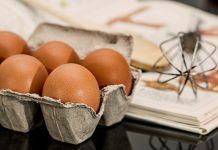 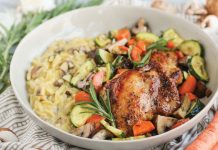 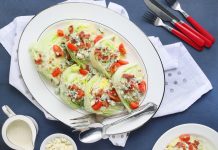