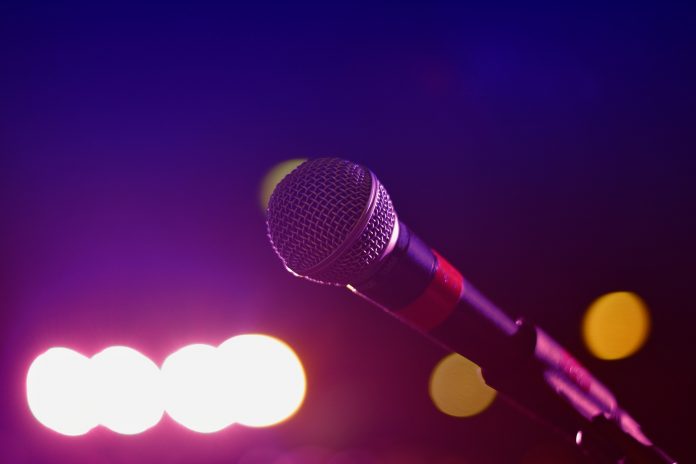 March is Women’s History Month, or, as the more avid among us call it, Women’s HERstory Month. But history or HERstory, (tomato –tomahto), March honors the contributions of women to historical events, as well as contemporary society. We mark with pride the females who fought for social justice: the abolition of slavery, women’s suffrage, and those who broke the glass ceiling in formerly male-dominated fields.

As a humor writer, I would like pay homage to the pioneer women of one such formerly male-dominated field: the world of comedy, particularly stand-up. While it’s true that comediennes, have entertained us for many decades, it was usually a collaboration: a film, a radio or TV show. Funny ladies such as Gracie Allen, Lucille Ball, even Elaine May found success with male partners.  So who were the early women who had the courage to stand up on their own?

Tiny Totie Fields, in 1950, was a rare woman in this man’s world, paving the way for future women comics.  At age 20 she broke the gender barrier and became one of the first female MCs in night clubs.  She eventually became a fixture on the Ed Sullivan Show, which brought her into the homes of America.

Also performing in the 50s, Belle Barth was the first potty-mouthed female comedian of our era.  She was funny, raunchy, and like her male counter-part, Lenny Bruce, had the privilege of being arrested during a performance.  Belle broke ground for the likes of Joan Rivers, Amy Schumer, and Sarah Silverman.

From a tragic young life, Jackie “Moms” Mabley rose to become known as the Mother of Black Comedy. She entertained in the 50s, 60s, and 70s appearing in a housedress and floppy hat.  She went from minstrel shows to playing Carnegie Hall, tackling topics considered too edgy at the time, including racism and sexuality. At age 27, she revealed she was a lesbian, becoming one of the first openly gay comedians of our time.

Phyllis Diller entered the comedy world at age 40. In her over-the-top costumes and makeup, Diller’s comedy act was saucy, self-deprecating, and punctuated by her trademark cackle. She pioneered the one-liner. The target of her act was her husband, “Fang,” turning the tables on male comics who targeted their wives.

Rivers’ early 60s routines were talky, single-girl rifts about her inability to land a husband.  Unlike Diller, who was flamboyant in her attire, Rivers wore little black dresses and prim updos.  She was quick, brash and often angry.  Her humor was personal, revealing her life with humor.  She is encapsulated by The Marvelous Mrs. Maisel, Amazon’s hit series about a woman, alone on stage, trying to succeed in the 50s in the male-dominated world of stand-up comedy.

There are more I would like to mention: Lily Tomlin, Whoopi Goldberg, Carol Burnett, but I believe I’ve run out of space. So, as the MC at the comedy club beseeches the audience: Please give it up for the funny ladies!