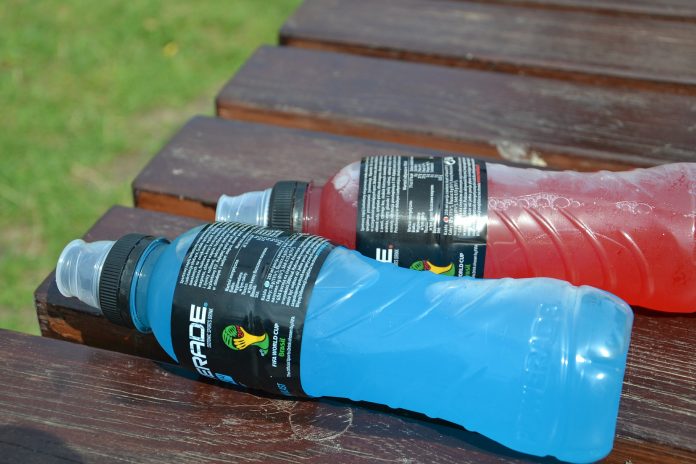 Thumbnail image by kropekk_pl from Pixabay

Imagine four University of Florida doctors meeting in a campus basement lab in the spring of 1965. Clicking raised glasses to toast a newly created, transparent drink, each physician cautiously takes a sip. Yuck! Those standing close to a lab sink spit theirs out; the doctor standing further away—the team leader—vomits his.

But what else could you expect when people drink a lab-concocted equivalent of human sweat?

The Creation of Gatorade

Earlier that year, Florida Gators assistant football coach Dwayne Douglas asked UF’s Dr. Robert Cade, a kidney specialist, why players lost so much weight on the field but didn’t have to visit a restroom. (Athletes were usually prohibited from drinking water during practices and games.)

The curious Cade soon enlisted three fellow doctors to find out. The team later concluded that sweating was draining the jocks’ energy, endurance and strength, while the dissipating electrolytes were upsetting their bodies’ chemical balances. That September, Cade approached the Gators’ head football coach, Ray Graves, for permission to use several footballers as test subjects for a possible solution to the problem. Graves warily gave his okay, but only for the freshman squad.

Samples were collected from ten participants; their sweat being wrung out from their used jerseys. Water loss for a two-hour practice averaged over eight quarts per player. The medical men also found that after the practices, the athletes’ electrolytes, blood sugar and total sugar readings were out of whack. “The solution was to give them water, but with salt in it,” Cade later explained. “Also, [to] give them sugar to keep their blood sugar up.” The doctors’ mixture tasted abhorrent. When Cade’s wife suggested adding lemon juice to alter the taste, a rudimentary form of Gatorade was launched. The eventual addition of orange juice and a non-nutritive sweetener rendered the drink even more palatable.

Later, in a scrimmage game, solution-swilling UF jocks managed to maintain their normally flagging energy levels. Cade was encouraged to mix up a supply for the Gators’ varsity team, which was scheduled to play the heavily favored Louisiana State Tigers the next day. Cade and his colleagues worked throughout the night, blending ingredients and squeezing lemons. On game day, in 102-degree heat and stifling humidity, the Gators persevered to overcome the Tigers when LSU withered in the fourth quarter.

In 1966, Gatorade—named after the UF mascot—became a staple on the team’s sideline. That year, when Florida won the Orange Bowl for the first time, Jacksonville’s Florida Times-Union headlined that the victory took only “One Lil’ Swig of That Kickapoo Juice.”

Word about Gatorade spread nationwide. In 1967, the Stokely-Van Camp company put the drink on American store shelves. Quaker Oats folks bought the rights in 1983, and PepsiCo took over in 2000. Today, Gatorade generates about $18 billion annually worldwide.

Dr. Dana Shires, one of the physicians who created it, never dreamed Gatorade would become the superstar of sports drinks. “We started this as a lark,” he once admitted, “with no idea of putting it on the market.”