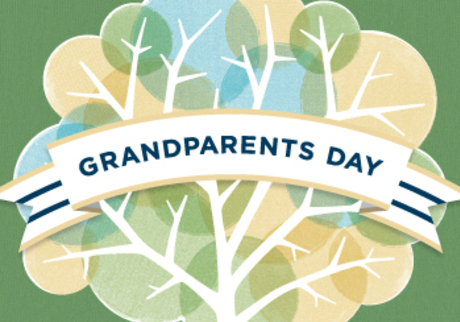 By Vikki Iovino of Englewood, FL

“Supergram”, that’s what my grandkids used to call me. I’m not sure why. Maybe it’s because I was the first one down the slide at the water park. Or maybe it’s because I went on that ball ride that shoots you straight up in the air with my 6-year-old grandson. Of course, the attendant on the ride asked the usually questions: “How old are you?” he asked my grandson and, “Why are you crying kid?” and, “Hey Herb, should I let this kid on the ride, he’s yelling and screaming and this lady is dragging him on the ground.”

By being a grandmother, I get a chance to take all that wisdom I’ve acquired and tell my grandkids that I was an adopted Martian. I adore spending time with my grandkids, but I love when it’s time for them to go home, too. Come on, how many Red Bulls can I drink in one day without going into cardiac arrest?

I used to say when my children were little that there were two times of the day I enjoyed most. The first was when they got up in the morning, running and jumping and full of life, and the second was when they went to bed at night when it was my time to run and jump. Still works for my grandkids.

My grandkids are grown now but I remember when they were little. They would spend one night every weekend ever since my granddaughter was 18 months old. In those days, she was an only child and I could devote all my time (and energy) to her. She never wanted to get dressed so we made a game (I use the word loosely) of it. I would chase her and when I caught her I would (try to) put a piece of clothing on her. Then she would escape, it would come off and we would start all over again.

I use to go to the gym every day to work out but after 40 minutes of this I considered purchasing an oxygen tank, and this was just in the morning!

When she was about four years old, she played this game where she would go into one of my kitchen cabinets and close the door and stay for a while. I eventually gave her a flashlight, some snacks and a toy. I really liked that game.

My grandson is two years younger than my granddaughter. We would play house games when they came over. By that I mean my bed, which is king-size, became a floating spaceship. Or it was a safe place when monsters surrounded us in my bedroom. That used to work so well until they realized that they can also spot monsters. I did get a lot of exercise though since they always spotted more monsters then I did. I didn’t get much done at these times since I was pretty much stuck on the bed.

When they were younger, we all slept in the bed. Each of them fighting for who was going to sleep next to Gram. I used to pray my granddaughter would win but she never did. My grandson would end up with his legs across my face. I had to learn to sleep defensively.

When we went to bed, I had to have the room completely dark or I could not sleep. My grandson was not very fond of this. But since we were all together, he adjusted. However, one morning he woke up about 3 am, sat straight up in bed and yelled “I can’t thee, I can’t thee”. He had a lisp when he was little.

The drama one week was Shark Boy (my grandson) had to get two of his baby teeth pulled. We call him that because his new teeth grow in while his baby teeth refuse to come out. They never seem to want to leave his body. He is the only kid that has been given rock candy for his health. He thinks some kids in a third world county are waiting for his teeth so they can eat their supper. You can’t believe how imaginative you can get when a kid refuses to close his mouth and has drool dripping down his chin.

My granddaughter is the little helper. She would help me make breakfast especially when we had pancakes. She liked the raw batter. I probably should not have let her eat it since I was sure she was growing fungus in her belly, but hey, that’s what grandmas are for.