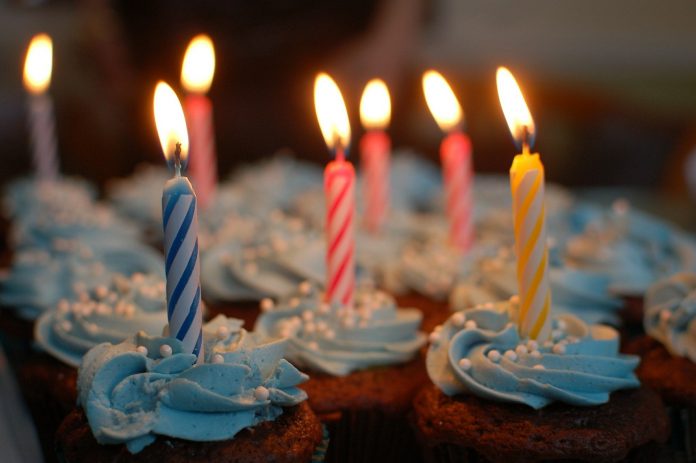 Thumbnail image by C B from Pixabay

I grew up believing that Betty Crocker was a relative or dear family friend. Her cookbooks sat on a shelf next to the family Bible. Her endorsement and photo appeared on baking mixes and kitchen appliances. So you can imagine my surprise when I later learned that she never really existed, although this year she celebrates her 100th birthday.

The History Behind “Betty”

In 1921, readers of the Saturday Evening Post were invited by Bruce Barton of Washburn Crosby Company, the parent company of General Mills’ Gold Medal Flour, to complete a jigsaw puzzle and mail it in for a prize. Thousands of puzzles were returned, along with questions asking for cooking advice. The marketing department of Washburn Crosby invented the name of “Betty” because it was cheery and all-American, so the responses the mostly male advertising department sent in reply to such queries would seem more personal and female customers might trust such a friendly and familiar woman even more. Her last name of “Crocker” honored a former company executive with that last name, and her signature was chosen from many submitted by female employees of the company.

So many letters and requests were received that a bevy of employees were trained to reproduce the signature, but it is hardly recognizable today because it’s gone through so many changes and evolutions. Similarly to her signature, Betty’s face was first painted in 1936 and selected because it portrayed a motherly image but went through many changes over the years.

In 1924, “The Betty Crocker Cooking School of the Air” gave her a voice in Minneapolis and became the country’s first cooking program. It was so popular that it went national on NBC with Agnes White as Betty, and for 30 years, women would anonymously portray Betty on the air. In 1929, Betty Crocker coupons were inserted in bags of flour, and they could be used to buy Oneida Limited flatware. They became so popular that General Mills offered an entire set of flatware with a pattern called “Friendship.” In 1937, the coupons were printed on the outside of packages so women could “save and redeem them for large savings on fine kitchen and home accessories” from their catalog.

From 1930 on, General Mills issued soft-bound recipe books, and even during World War II, the book was an aid to wartime considerations in cooking.  In 2005, a Spanish-English bilingual book was issued that featured more common recipes for both groups. The 11th edition in ring-binder format appeared in 2011.

In 1996, to celebrate Betty’s 75th birthday, a composite photograph based on pictures of 75 real women was launched to reflect the changing demographics of America with updated fashions and hairstyles but still representing a cultural ideal of the American homemaker who was caring and knowledgeable instead of an actual woman. Those women who wrote her and received replies saved the responses and believed she was a real person, cook and advice giver.

Favorite recipes were passed from mother to daughter, and best of all, the cookbooks included personal anecdotes. Although cookbooks were first printed in the middle of the 18th century and Irma Rombauer wrote her 1931 blockbuster “The Joy of Cooking,” Betty Crocker’s books were written by committee, the recipes were tested by home cooks and staffers, Crocker’s had pictures, and the ads read that “The Women of America Helped Betty Crocker Write the Picture Cook Book and it reflected the warmth and personality of the American home.”

The books opened with a friendly note signed by (fictional) Betty herself and gave credit to the women who submitted the recipes which provided some historical context. The books gave the impression that readers were part of a community, shared recipes and, thus, all American families have a common cultural experience, and women possess the skill of cooking well for happy families.

In 1933, a pamphlet was published called “New Party Cakes for All Occasions” and inside was the “Story of Two Brides” wherein the good little bride who has been taking radio cooking lessons with Betty Crocker was far superior to other inferior brides who aren’t buying the right flour or baking as well as the most “wonderful little wife ever.” General Mills still owns Betty’s brand, notable for nostalgia, convenience and ease of use.

So, for her 100th anniversary this year, the “Betty Crocker Best 100” tells the story of her invention and includes all her portraits, copies her early signature and reprints her personal note that “it’s always been about recognizing that the kitchen is the heart of the home.”  No wonder that in 1945, “Fortune” magazine named Ms. Crocker the second most popular woman in America after Eleanor Roosevelt. General Mills’ headquarters in Minneapolis has a street named Betty Crocker Drive and products such as plastic food containers, measuring cups and small appliances such as sandwich makers and popcorn poppers are still branded “Betty Crocker.”

Current readers of the 100th-anniversary cookbook love the great pastry and bread recipes but complain about a lack of soup/stew recipes. However, gluten-free recipes are included, and most give it a four-star review. With more than 75 million cookbooks sold since 1950, Betty Crocker is still the name homemakers trust for great ideas and reliable recipes.