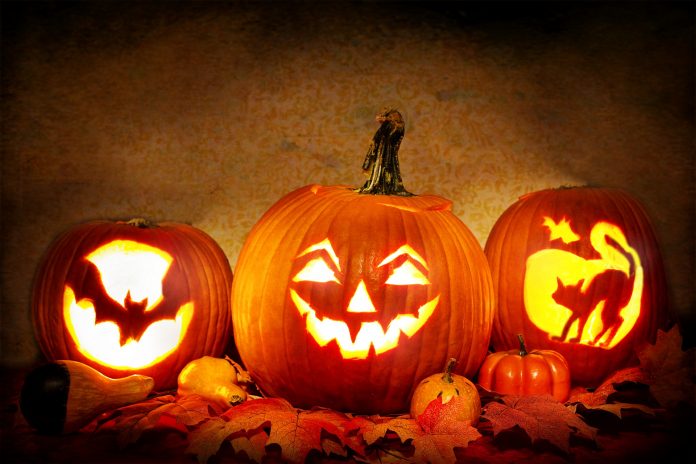 At first glance, St. Pete seems like a somewhat modern, 20th century locale. But in spite of its relatively late incorporation date of 1912, the history is indeed rich, dating back to 1528 when Panfilo de Narvaez landed in Pinellas to discover the natives who had already called the land their home.

One doesn’t need to look very far to bump into spirits. According to Deborah Frethem, “There are lots of public places that can be visited. The John’s Pass Boardwalk, the pier at Passe-a-Grille the Gulfport Casino, the Don Cesar, the Peninsula Inn, the Capitol Theatre in Clearwater and Haslam’s Book Store.”

Deborah Frethem’s favorite haunting involves the now-demolished Belleview Biltmore Hotel,  “In Pinellas County, my favorite story would be the ghost of Maisie Manwaring Plant trying to get the staff of the Belleview Biltmore hotel to help her find her lost string of pearls. Tugging on their sleeves, grabbing them by the shoulder, but always unseen.”

“At one point, the staff even put a strand of pearls around Maisie’s portrait in the dining room in the hope of getting her to leave them alone. It didn’t work. Of course, things have changed since most of the hotel has been demolished. Hopefully Maisie is now resting in peace.”

Mark Muncy has his own favorite haunting story, “My favorite ghost story we researched has to be the Lady in White of Boatyard Village,” he says.

“She was a lady seen in a long white Victorian era dress, complete with a parasol. Her ghost was often seen at the theater there. The problem is the Boatyard Village was built in the 1960s. The plays there have no records of anyone wearing that outfit in any performance there. When the village and theater were abandoned, security guards would occasionally still see her. It was finally demolished and is now swampland near the St.Pete/Clearwater airport. The weird thing is boaters still see her walking along the mangroves.”

Deborah Frethem has seen a ghost just once, in Minnesota — not Florida. “Actually seeing a ghost is very rare. More often it is sounds or lights or a cold spot. I have had many experiences like that in Florida,” she explains.

“My most vivid experience was getting a shove from the ghost of Captain Wilson Hubbard at John’s Pass one night when I was telling his story on the Boardwalk. And I have heard footsteps over my head at the Castle Hotel in St. Pete Beach when the room above me was totally empty.”

Dr. Brandy Stark doesn’t necessarily have a favorite story: “I do find that it’s fascinating to see where ghosts show up: bookstores (Haslam’s), theaters (Tampa Theater, Palladium), and museums (History) are popular in this area. So are hotels, and we do seem to have a number of haunted bathrooms locally as well. (See: Comfort Station 1 at downtown St. Petersburg).”

Muncy agrees, “I can safely say that the big hotels, The Vinoy, the Belleview Inn and The Don Cesar all have their own stories. Most were used as hospitals during World War II and most were abandoned at one point or another. Each one has a story and history full of ghostly happenings.”

The “Don” does seem to be a popular locale for sightings, “Don’t get me started!” laughs Deborah Frethem,  “The Don is probably the most haunted place in Pinellas County. The ghosts include those of the builder, Thomas Rowe, and his long-lost love, Lucinda; F. Scott and Zelda Fitzgerald; and a nurse and a patient from the days when it was an army hospital during World War II.”

Much like an Elvis sighting, former famous Pinellas residents like Jack Kerouac are frequently spotted. “Jack Kerouac haunts Haslam’s Bookstore on Central,” says Frethem.  “He would often stop by at the bookstore when he was alive and move his books from their normal place on the shelves to eye level. After he died, his books would often mysteriously move themselves to the more prominent location. Ray, who currently runs Haslam’s told me that recently the employees have actually seen Jack in the biography section of the store, in the “K” area. Is he checking out what people are writing about him?”

Dr. Stark agrees, “Haslam’s is a personal favorite for me because I consider it the first place that I got real evidence via a photograph. I also like to say that I met Jack Kerouac, even if it was decades after his death.”

Spirits don’t just stay indoors. It is St. Pete, after all, and the outdoors are filled with sightings.

“Bridges are often conduits for communication from ‘the other side’,” says Frethem. “And the Sunshine Skyway adds its own tragic history into the mix. There is a ghostly hitchhiker who disappears from the cars of people who have stopped to give her a ride as they near the top of the bridge. Fishermen on the piers that remain from the old bridge that fell have seen the approach of a Greyhound bus which barrels past them in the morning mist.”

“Our wonderfully iconic Skyway Bridge has more suicides off it than any bridge except the Golden Gate,” says Muncy. “The sad thing is it’s not high enough to kill you outright unless you hit the rocks. Most likely you’ll hit the water and break every bone and slowly drown in agony. Not a pleasant way to go.”

“Of course there’s the disaster from May of 1980 where so many lost their lives,” Muncy continues. “Lots of fishermen on the old span still say they hear the bus drive past and go into the water some mornings. The wreck of the USCG Blackthorn and so many other tragic deaths there. Is it any wonder it is considered one of the most haunted locations in Florida?”

“Ghostly hitchhikers – the kind Disney doesn’t talk about, are often reported,” Muncy explains. “One scared and soaking wet lady is often reported. She’s apparently moved to the current bridge from the old span. I even had a crew man who was part of the team installing the new under lights say he spotted her one morning.”

However, not all experiences are as tragic as the Skyway and many experiences are filled with whimsy. “Once while standing outside the Flori de Leon Apartments in downtown St. Petersburg, where Babe Ruth is reported to haunt, I got the words ‘Babe’ and ‘party’,” laughs Frethem. “He was, after all, known for his noisy parties.”

Gulfport seems to be a hotspot for sightings, but only if the timing is right. “My favorite ghost story is the dancing ghost of the old Gulfport casino,” says Muncy. “This spirit is often seen in the early morning hours as you look out from the pier towards the Don Cesar where the old casino used to be on the end of the now destroyed Electric Pier. There was a dance studio there on the second floor at the end of the pier. Now, some mornings you see the well dressed specter waltzing with an unseen partner as he fades in the dawning sun.”

Muncy continues, “I’ve spent many mornings and nights looking to see him. It seems the day I don’t go is the day he shows up again and I get more emails of sightings. I’ll see him yet.”

Check out our leading experts in Haunted Happenings:

All published by History Press and available at local bookstores, including Haslam’s, Books on Park Place and Barnes and Nobel throughout the Tampa Bay area. Also available both in print and electronic form from Amazon.com.

“Probably of less interest to a Florida audience, but I have also just released ‘Alvin Karpis and the Barker Gang in Minnesota‘. Also with History Press, but only available in Florida through Amazon.”

Mark Muncy is the creator of Hellview Cemetery, a charity haunted house in Central Florida that was so infamous it was banned by the City of St. Petersburg.

An author of horror and science fiction, he has spent more than three decades collecting ghostly tales and reports of legendary beasts. His third book for The History Press, “Creepy Florida“, released in Fall 2019, following up his best-selling books “Eerie Florida“, “Creepy Florida” and “Freaky Florida“. He is a frequent guest on “Coast to Coast AM” and “Into the Fray Radio,” as well as numerous other TV and radio shows.

A lifelong Whovian and fan of all things sci-fi, fantasy and horror he brings a sense of history along with his trademark wit to the show. He lives in St. Petersburg, Florida, on the remains of an ancient midden with his wife, Kari Schultz. Occasionally, he is visited by his daughters when they remember he is still there.

You can find out more at www.EERIEFLORIDA.com.