A few evenings ago, just after sundown, there was a sudden loud rapping on the kitchen window. Two dogs instantly went into unrestrained insanity mode, barking, yipping, growling, even screaming (like little girls). When my bride opened the door to see what was going on, our cat Jake bolted for freedom.

It was a neighbor letting us know that they saw an alligator crawl under our car.

The cat and alligator chase begins…

I went outside armed with a dead flashlight and an even more dead iPhone.

Joy is yelling questions; I’m making up answers. “We need to call somebody! Who should we call?”

“He was attacking the alligator’s tail, and then ran away. I need a broom or something.”

I got her a broom, and then the beast came out into the open—a solid three feet long, exquisitely textured and more of a copper color than the green I expected, quite beautiful, in fact. Advancing toward us he was hissing the whole time, like a cobra but with more teeth. I would have taken pictures if I could.

Joy surmised that he came from the retention pond across the road. I told her, “Not likely! He wouldn’t be able to climb over the wall. Besides he couldn’t enter through the front because he doesn’t know the gate code.”

The alligator’s mouth was agape the whole time. Joy claims that if he’d ever closed it, she’da jumped on its back Tarzan-like, taped its mouth shut, turned it upside down and tickled its belly ‘til it fell asleep. Then make a pair of boots for me.

She finally made the call, and a Sheriff’s deputy came out. By this time the gator had crawled under the house (where Jake often hides after an escape).

The deputy revealed, “Animal controls agencies never come out on such calls. A sheriff’s deputy is always assigned”.

Joy asked, “Was this on your job description when you signed up?”

We concluded that the gator had left and was heading towards nearest lake, so the deputy also left.

Hours later, we heard a meow outside, I walked out onto the lanai and “kitty-kittied” for Jake, he trotted inside, saying “meow, meow”, which is Catspeak for “You should’ve seen me kicking that gator’s butt!”

It’s gator mating and nesting season. If you have a spare harpoon and snake boots, contact Mike at micwrighthamo@gmail.com 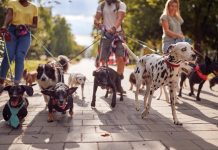 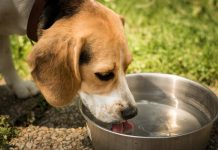 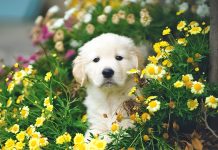