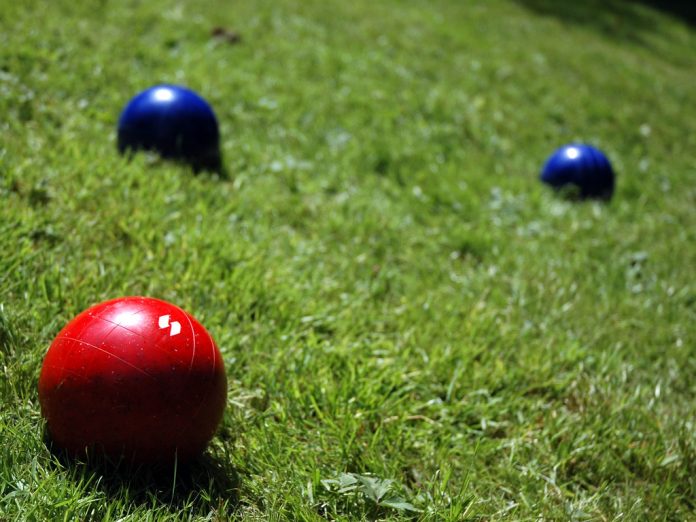 Summer is the time of the year where hot weather meets good company, and with this comes many summer activities. These activities can be hard to plan for a number of factors, but overall a good time should be smooth and be fun. Bocce Ball is a sport that is played worldwide but is especially popular among the locals of Florida. This game is perfect for this time of the year; it requires little physical exertion, which means that in the hot summer sun you have little risk of overheating, and it’s still fun for family and friends of all ages, despite experience.

The origin of bocce ball dates as far back as the ancient Greeks and Romans. In the oldest version of the game, high power members of society played with simple round objects as their balls. Items such as coconuts and melons became the main tool of the game as the task was to throw these larger round items at a smaller round item, also known as the pallino; the player with the closest balls to the target wins the game.

Since its origins, the game has gained popularity around the world. In areas such as Florida, this game especially took root. Bocce ball is a great game for exercise and an overall good reason to go outside with friends. The game can now be played by anyone despite their skill level.

Bocce ball is now played with at least two people but can range to four or even six people. Depending on the number of players will affect how many throws each play gets. With the minimum of two players, each player will throw two balls per frame. With more players, such as six, three people would throw once in the first frame and switch with the other three for the second frame. These games are played to 16 points or for a max time of one hour. With as many as 20 bocce ball leagues in Florida, this state is at a constant battle in bocce ball tournaments.

Creating a team or a league of your own is fairly easy. The first step would be to find any and all friends interested in playing and registering them onto a registration page; a popular page is the Tampa Bay Club Sport page. From this page you can choose to add league information and can even filter your league by location, days available, and the sport. When creating the league, you even have the option to join specific groups so you can either play as buddies or in tournaments.

In an unfortunate turn of events, due to coronavirus, most tournaments have been canceled, but this doesn’t mean the end of this popular game. As this pandemic hopefully comes to a close, local tournaments are an easy find.

Bocce ball courts can be found in many common places: senior living communities, luxury yachts, and even in specially designed athletic facilities. Once these areas are discovered, the leagues are filtered into days and locations. The most recent tournament played was Saturday, February 1st, 2020.

As the U.S. slowly starts to go back to normal, everyone is going to want to go back out and see the friends or family that they’ve been missing for the last few months. Whether it is for a serious competition or just for fun times, bocce ball has been around for hundreds of years for a reason. It’s a simplistic game that, at its core, just requires people looking for some good fun and a little fire in their hearts to win.