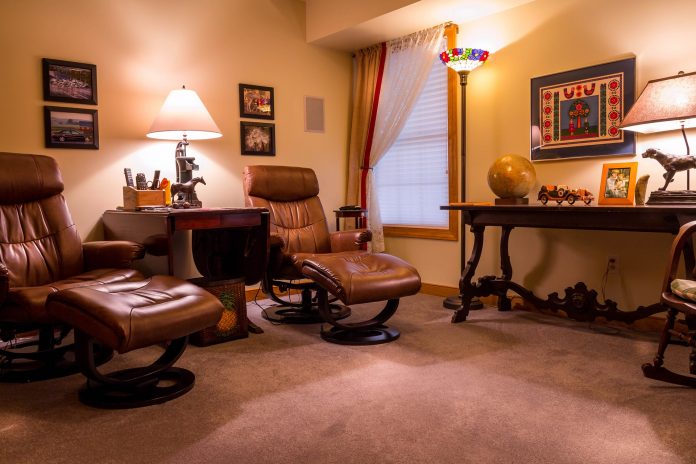 Thumbnail image by JamesDeMers from Pixabay

The best gift I inherited from my father was his 1956 Eames lounge chair that I’ve come to appreciate more with each passing year. His chair and ottoman were designed by the husband and wife team of Charles and Ray Eames, and my dad purchased one of the first to be produced because he instantly fell in love with its design and comfort.

About the Eames Chair

This iconic 20th-century example of modernism is still one of the most recognizable, and Herman Miller, a furniture manufacturer, has manufactured the chair since it first went into production. It’s made of a molded plywood base and is finished in black leather with button tufting. It debuted on national television in 1956 when the Eames couple appeared on the NBC television network Home show hosted by Arlene Francis, complete with the theatrics of sweeping orchestral music, searchlights, and a curtain that parted to reveal the chair.

Both the design and designers became popular because of the handcrafted details that distinguished this classic design and because of the fact that this comfortable seat permanently tilts back to take the weight off one’s lower back and spine, and the person can rest in a reclining position without any adjustment.

An authentic Eames lounge chair measures 32 inches from the floor to the top of the headrest, the front seat edge is 15 inches above the floor, and the distance across the arms and from front to back is 32.75 inches. Deviations exist in copies, but the real chair has gained cult status among architecture and design devotees who marvel at the flowing wood grain, lack of exposed screws (except for the armrests) and permanent reclining position.

Every original chair was marked by a paper label stating that the chair was made by Herman Miller, but to determine an authentic model, no exposed screws in the three molded plywood shells that make up the outer body of the chair should be visible. The original had five layers of plywood used in the construction of the shells versus the modern versions that have seven. The legs of the genuine chair have a bit of an angle but are not steep or flat, and the original ottoman had four legs extending from the base, not five as seen in copies. Vintage chairs sell for between $5,000 and $6,000 and hold their value well, but copies go for $1,200 to $1,500.

The originators, Ray and Charles Eames, were two of the greatest innovators of American and industrial furniture design. Charles’ famous quote, “We don’t do art. We solve problems,” was the basis for the couples’ enormous amounts of designs for furniture, toys, exhibitions, lectures and movies.

Ray, a student, and Charles, a teacher, met at the Crenbrook Academy of Art near Detroit in 1940 that offered an Organic Design and Home Furnishing competition. Eames wanted to combine modernism with the Industrial Age’s mass production, so they created a chair from a single piece of plywood that could be mass-produced for the modern home, manufactured and sold quickly and in large quantities, and replace the older and more expensive upholstered pieces. They won the contest but at that time had to give up producing the chair because there was no process available for bending plywood into the shape that was needed.

We don’t do art. We solve problems

In 1946, the first chairs had bent birch plywood that evoked the feeling of a chair molded from a single piece of wood. Forming a partnership with furniture maker Herman Miller was the key to success, so later, their molded plywood technique extended to folding screens and household accessories.

After 10 years of innovation with molded plastic and wire mesh seating, they returned to their original lounge chair idea after watching their friend, Hollywood director Billy Wilder trying to relax in various lounge chairs during filming. Their goal was to create an even better lounge chair that would fit and feel like a well-worn baseball mitt. Thus, the luxurious and smooth reclining chair with a molded plywood shell, headrest and ottoman, upholstered in buttery soft leather was produced, but it was the TV show that put their name in America’s vocabulary, and the chair became the hallmark of a high-end market.

The irony is that they sought to develop furniture that could be affordable and mass-produced but this one item, which was inspired by the English club chair, was described by Ray in a letter to Charles, “as one that really looks comfortable and undesigny.” The layers of three curved plywood shells covered with veneer are glued together and shaped under heat and pressure.  The shells and seat cushions are the same shape and are composed of two curved forms that interlock to form a solid mass.  The chair back, headrest, seat and ottoman are identical in proportion.

Herman Miller launched an advertising campaign that highlighted the chair’s versatility and it worked so well that it’s been in continuous production ever since, with multiple copies and spin-offs.  In 2006, the 50th anniversary, Herman Miller commemorated the design with a rosewood veneer.

The 2010 book, “The Story of Eames Furniture,” by Marilyn and John Neuhart, reports that the chair and ottoman initially were priced at $310 or around $3,100 in today’s dollars but they currently sell for $4,000 to $10,000. It’s been called the best “engineered chair in the world” and TIME magazine labeled it “the most popular chair in the world.”  It is usually marketed toward elite urban professionals. In the 60s, it was featured in “Playboy” magazine as furniture “for a gentleman’s penthouse,” but is now portrayed on TikTok as the pinnacle achievement for men that says, “I’ve made it.”

It’s become one of the few name-brand furniture pieces everybody recognizes, the materials are the same as when it was first produced, it doesn’t matter if you’re 4 or 74 or 6 foot 4, lounging in it is incredible, it is a long-term investment piece, it has become synonymous with success, and it signifies wealth and status in a modern way like a Rolex or Ferrari or Porsche.

It has been considered the most popular chair in the world for the past 70 years, and it is taught in college lectures, is the subject of documentaries, and is seen in James Bond films. It is owned by Steve Jobs, Bill Gates, Susan Sontag and Ellen DeGeneres. It is now part of the permanent collection in New York’s Museum of Modern Art, the Henry Ford Museum in Dearborn, MI, and the Boston Museum of Fine Arts.

It has Instagram fan pages and is the chair of choice for judges on “Shark Tank,” but to me, it’ll always be Dad’s chair where he read, watched TV, petted his dog in his lap or napped. I miss him terribly and will never give up his greatest gift to me, the Eames lounge chair.

Your Astrological Outlook for 2021