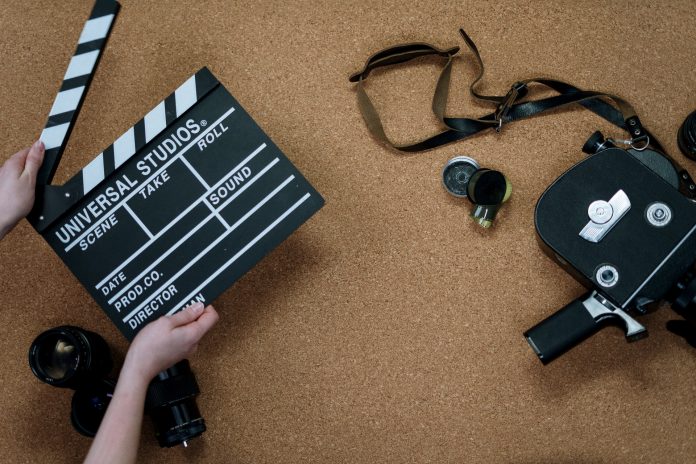 Thumbnail photo by cottonbro from Pexels

It may take a little while to adjust to the thick London accents in the forthcoming British comedy-drama “Hurt by Paradise.” But the payoff—seeing a worthwhile film from another culture—makes the effort worthwhile. (Actually, it doesn’t take too long to get used to those accents; take it from your reviewer, who is married to an English woman.)

Greta Bellamacina is the main one to keep an eye on here. She’s a real-life poet (the words you hear on the soundtrack are hers) who has acted and modeled for years in Britain. Now she adds screenwriter-director-producer to her growing resume.

If one were called upon to name professions where being able to “make it” successfully involved astronomical odds, poet and actor might be found at the top of the list. But in this delightful movie such are the goals of two dream-pursuing best friends, Celeste (Greta Bellamacina) and Stella (Sadie Brown).

Celeste is a single-mother poet who often entrusts the care of her son (Bellamacina’s real-life child, Jimmi) to her best-friend neighbor, Stella, when Celeste goes out pounding the streets in an attempt to get published. We hear her voice as the movie opens: “When people find out I’m a poet, they presume I’m pretentious.” Yet when we see her at a writer’s party, we are privy to the conversations of characters trying to outdo each other’s pretentions. Celeste also spends much of her time trolling the Internet in search of her family-deserting father.

Ditzy but lovable Stella, with her big hair and gaudy outfits, is pushing 40 but remains hopeful of one day becoming a celebrated actor. Like Celeste, though, Stella spends much of her time on the Internet, composing flirty texts to a man whom she has met online but not in person. Stella faces unrelenting criticism from her best friend while she maintains, “I think it’s the best relationship I’ve ever had.”

Besides being a heartfelt love letter to female friendships, much of the focus here is on London itself, ablaze with summer sunshine, abundant foliage and the enchanting thrum of bird songs.

For film fans willing to exert a bit of extra effort to locate this limited-release gem, viewers might also find themselves, in addition to experiencing a most satisfying feature, reliving memories of long-ago summers spent hanging out with good pals.

“Hurt by Paradise” pretty easily captivates our hearts with its understated sense of humor offered by Sulk Youth Films, this is a small movie with a big heart. Don’t miss it.

A New Year, A New Inspiration