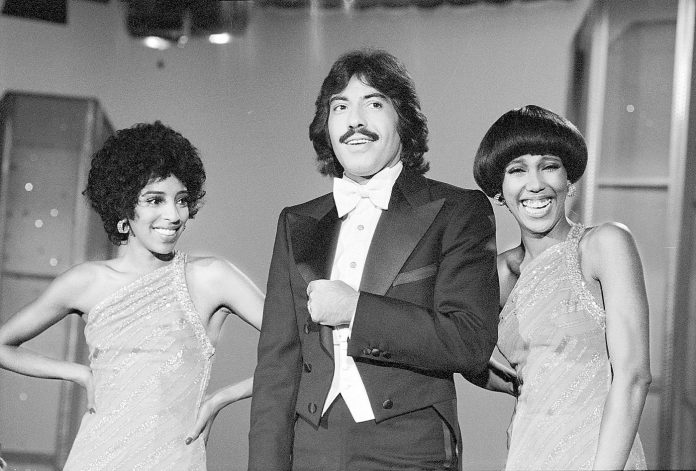 Pop music star Tony Orlando was born Michael Anthony Orlando Cassavitas in 1944 in Hells Kitchen, New York, to a Puerto Rican mother and a Greek father. By age 15, Tony had formed a doo-wop group called the Five Gents. Before long, he and his pals were cutting demos (demonstration records) at the Brill Building, the prestigious home of the Big Apple’s hit-song factory.

And the music started…

Music publisher/producer Don Kirshner signed 16-year-old Orlando as a solo artist and, in 1961, Tony cut a pair of Top 40 singles—“Halfway to Paradise” and “Bless You.” But his subsequent 45s tanked, and he found himself a washed-up teen idol at age 17.

Orlando stayed in the music business, though, and by the late 1960s he had worked his way up the Columbia Records corporate ladder. As a vice president of CBS Music’s April Blackwood offices, he helped to guide the careers of such superstars as Barry Manilow, James Taylor, Nilsson and Laura Nyro.

One of Tony’s business friends was record producer Hank Medress, who had begun his career as a member of the hitmaking group the Tokens (“The Lion Sleeps Tonight”). One day, Medress phoned Orlando with a request that would change the ex-singer’s life forever.

Medress explained that he had a potential hit song called “Candida” for Bell Records. But, to the producer, the primary vocals on the demo done by a blues singer named Frankie Parris simply didn’t click. To Hank, Parris’s voice lacked the Latin “groove” that Medress felt was essential to the tune’s chance for success. “It needs an ethnic feel on the lead vocal, Tony,” he explained.

“Yes,” was the reply. “It could be a smash with your voice on the track.”

“I can’t do that, Hank,” Orlando countered. “I’d lose my job if I recorded for another company.”

Medress continued coaxing. “It’s just a single, and since the harmonies are so strong, we’ll put it out as a group. Nobody will ever know.”

Orlando enjoyed working behind a desk and had no desire to return to recording, but Hank remained adamant and leaned in further. “Come on, Tony. I really need you to do this.”

Orlando finally gave in, heaving a sigh and rationalizing that he stood to make an easy $3,000 and that the release would probably bomb anyway.

Wrong. “Candida”—issued under the name “Dawn”—became a sales sensation as the blend of street-corner doo-wop, Latin rhythms and Brill Building pop drove the 45 all the way to Billboard chart spot Number Three.

Medress then brought Tony a second song. Even though Orlando disliked “Knock Three Times,” he again chose to help his persuasive pal.

7 Breweries Along Florida’s Gulf You Need to Visit