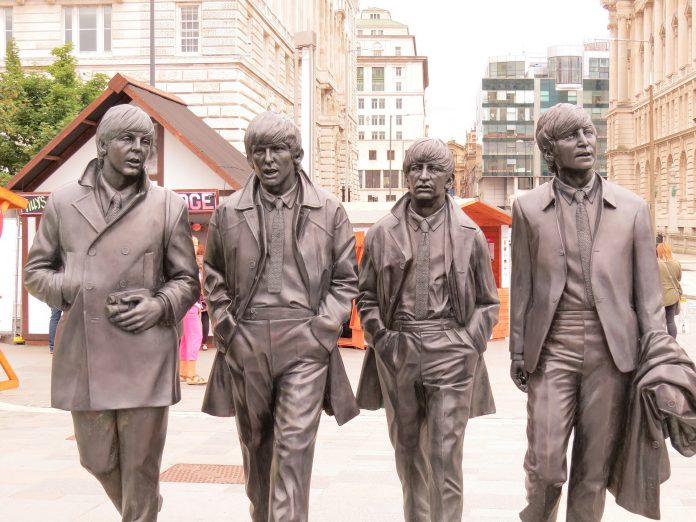 His songs may have lacked the depth and social commentary of those of his fellow ex-Beatles, but Ringo Starr fans could usually count on having fun when hearing what he offered the world. Such is the case with “It Don’t Come Easy,” Ringo’s first Top 10 Apple Records single. Backed by chorus vocals and featuring a jam-band ambience, Starr’s initial solo hit almost sounds as if he had invited several friends into the studio and handed each a mic. Had that happened, one of those buddies surely would have been former bandmate George Harrison, who co-wrote the tune with Ringo and played lead guitar on the track.

Richard Starkey was born in Liverpool, England, in July 1940, and grew up poor in a neighborhood called the Dingle. Starkey, an only child, spent his youth in and out of hospitals, battling numerous diseases that kept him apart from home and school. To pass the time in various institutions, he learned to play drums and later explained, “I was in the hospital band… That’s where I really started playing. I never wanted anything else from there on.”

Richard spent little time on academics and was barely literate when he dropped out of school in his mid-teens. At home, he practiced drumming by beating on a cookie tin with sticks.

In the mid-1950s, skiffle music (folk tunes performed on often-homemade instruments) became popular in the UK. In 1957, the future Beatle co-founded the Eddie Clayton Skiffle Group, in which he banged on a second-hand drum kit or raked a thimble across a washboard. By the next year, though, skiffle had been replaced by a new musical craze—American rock ‘n’ roll.

He eventually became the drummer in Rory Storm and the Hurricanes, Liverpool’s most popular rock outfit. It was there that Richard Starkey became Ringo Starr, so named for the several rings that glistened on the fingers of both hands.

Then, in 1962, he was hired to replace departing Beatles drummer Pete Best. While in the Fab Four, Starr was usually allotted one lead vocal track per album. That’s him you hear on “Yellow Submarine,” “Octopus’s Garden” and “With a Little Help from My Friends.”

The Beatles reached the end of their professional road in 1970. By then, each band member had grown up, become married and was following his own musical muse. Successful solo careers were soon carved out by George Harrison (“My Sweet Lord”), John Lennon (“Instant Karma”) and Paul McCartney (“Another Day”).

Ringo, though, stumbled out of his own starting gate. His first two albums, Sentimental Journey and Beaucoups of Blues, were sales disappointments. But, in the spring of 1971, Starr released the non-LP single of “It Don’t Come Easy,” which became a worldwide winner. During the next two years, he enjoyed success with six more hit 45s, including two—“Photograph” and “You’re Sixteen”—that reached the peak of the Billboard charts.

In 2020, Ringo Starr was cited as the world’s wealthiest drummer, with a net worth of $350 million.

Take a Walk on the Artsy Side