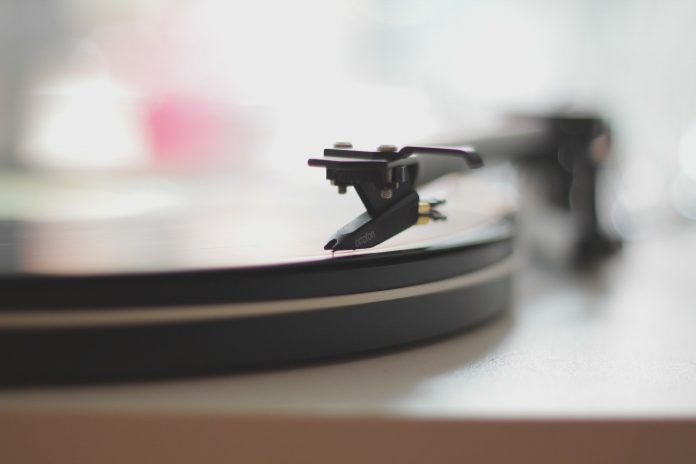 In early 1971, UK musician Dave Edmunds’ high-decibel guitar licks, nasal lead vocals and floor-stomping beat made his version of “I Hear You Knocking” a prime example of “pub rock.” Pub (short for “public house” or bar in England) rock was a musical genre popular in the UK during the early to mid-1970s. Loud and raw, its primitive approach to the music flew in the face of the more refined “glam” style. (Think Queen and David Bowie here.) Pub rock laid the foundation for punk rock that came later in the decade.

Born in Cardiff, Wales, in 1944, Edmunds had drifted through several bands since age ten, when he and older brother Geoff formed a rockin’ piano team called the Edmund Brothers Duo. Dave later played in a series of minor-league bar bands.

His first taste of success came as the lead guitarist in the Welsh rock trio Love Sculpture, which scored a British Top Five single with the rapid-fire instrumental “Saber Dance.” When the group disbanded, Edmunds turned to record production and worked with English rockabilly artist Shakin’ Stevens, whose material was often culled from classic 1950s American recordings. This is when Dave became aware of “I Hear You Knocking.”

So, had Edmunds perhaps heard the earlier hit version by an American woman? Gale Storm (born Josephine Cottle) was the pert, pretty and squeaky-clean star of the 1950s TV show My Little Margie. In 1955, she scored a Number Two Billboard winner with “I Hear You Knocking.” Storm’s biggest career hit was a blanched offering of an obscure R&B (rhythm-and-blues) tune from earlier that year. Gale’s “cover” 45 was typical of many such releases at the time; major record labels frequently brought in white artists to copy R&B best-sellers (which were usually released on small independent labels) in order to target record-buying teenagers with allowances to spend.

While Edmunds may or may not have heard the Storm disc, he was probably more taken with the gritty original, a little-known recording by Smiley Lewis. Louisiana native Lewis (born Overton Lemons) was once labeled by a music journalist “the unluckiest man in New Orleans.” It’s not hard to see why. Often when Lewis performed in Big Easy bars, he was handed only money from the tip jar. He usually rode to gigs on city buses after toiling all day at manual labor. Smiley’s nickname came from his having no front teeth.

During his recording tenure, Lewis cut a few R&B winners, but three of his most popular became pop best-sellers for others. Besides Storm’s smash, Smiley’s “Blue Monday” from 1954 became a Top 10 single by Fats Domino two years later. And Lewis’s “One Night (of Sin)” was cleaned up in 1958 to provide Elvis Presley his 27th Top 40 success.

Dave Edmunds could never repeat the triumph of his one infectious hit. “I Hear You Knocking” became his signature song, though, and earned him a gold-disc award for international sales of 3 million 45s.