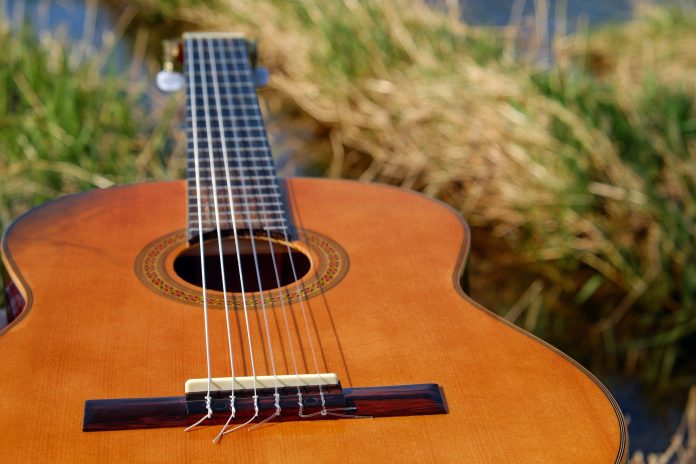 The Beatles ruled the music world from 1963 until 1970, when they released their Let It Be album. With the arrival of that LP, they collectively threw in the towel as the world’s top recording act, and each ex-member then went to work carving out his own solo career path.

Leading the way was George Harrison, who had spent most of his Beatle years in the long shadow cast by bandmates John Lennon and Paul McCartney. When Harrison’s first single of “My Sweet Lord” (released from his All Things Must Pass album) streaked to Number One right out of the gate, George managed to stand alone in the spotlight for once and bask in the warm glow of worldwide adulation.

Harrison, raised a Catholic, had abandoned the faith when he was twelve. As an adult, he chose to embrace Hinduism and, with All Things Must Pass, created a version of the 16-word Hari Krishna mantra while utilizing images of the Hindu god Krishna in his album art.

“My Sweet Lord” became the best-known expression of George’s spirituality, his lengthy single detailing Harrison’s desire to become close to God. This is evident in the refrains of “Hallelujah” (a Jewish/Christian term meaning “Praise God”) and the Hindu term “Hare Krishna,” which offers devotion to Lord Krishna. Drawing from different religions for his song might have struck some folks as strange, but George apparently wrote his lyrics as a call to spirituality minus the taint of sectarianism.

But then the issue of money—lots of it—suddenly raised its (often ugly) head. Some alert listeners noticed that the musical pattern of “My Sweet Lord” was identical to that of the Number One 1963 Chiffons hit “He’s So Fine.” In 1971, the power people behind Bright Tunes—the company that held the publishing rights to the Chiffons’ million-seller—sued George for copyright infringement, when his 45 was still on the charts.

Harrison tried over and over to settle the issue out of court, but Bright Tunes wasn’t interested in what he had to offer. Finally, in 1976 a judge ruled that George had indeed plagiarized “He’s So Fine,” but that he had probably done so unintentionally. Still, the ex-Beatle was ordered to fork over some of the proceeds from All Things Must Pass, plus 75% of the income generated by the tune in question. The total bill came to $1.6 million—quite a punch-in-the-gut even for such a wealthy musician.

For the next three years, Harrison, bitter and discouraged, released no new music to his loyal fans. As he told a Rolling Stone writer, “It’s difficult to just start writing again after you’ve been through that. Even now when I put the radio on, every tune I hear sounds like something else.”

By the way, he admitted later that much of “My Sweet Lord” came from the 1969 international hit “Oh Happy Day” by the Edwin Hawkins Singers, and not from “He’s So Fine.”

Revolver: Sam Colt and the Six-Shooter that Changed America

Get Ready to Read this Father’s Day

3 Things You Need to Know for Stroke Awareness Month