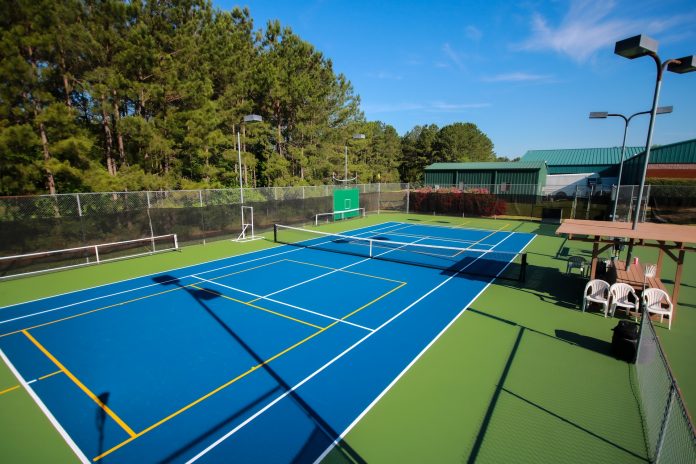 As September is National Self-Improvement Month, now is the time to broaden your horizons and find even more things that you enjoy! What better way to do that than getting out and moving your body while meeting new friends?

Pickleball is a popular pastime activity for many Florida seniors. It’s not quite as intense as tennis can be, but pickleball is great, light exercise for those looking to just get their body moving. This sport is like the younger sister of Tennis, and the BFF cousin of badminton. In pickleball, two or four players use solid paddles to hit a wiffle-like ball over a net.

Believe it or not, pickleball is a sport that was invented and developed within recent history. Some of us may even remember its invention!

Developed in 1965, pickleball was created in Seattle, Washington, by Joel Pritchard, a congressman from Washington, and businessman Bill Bell. After returning home from summer golf, the men looked to entertain the restless kids at home. Looking for a family-inclusive game, badminton was their first option. The men and children lacked the right materials to play the game officially, so their improvisation skills were put to the test. Table tennis paddles were used to bat at a perforated plastic ball. The ball was hit over the badminton net. From there, the game was born.

But what about the funny name? According to the Onix Pickleball website, the game got its name from Pritchard’s wife, Joan. Pickleball’s unique combination of various sports reminded her of, “… the pickle boat in crew where oarsmen were chosen from the leftovers of the other boats.”

As with any sport, the rules are crucial to the game. Pickleball is played as follows, according to USAPickleball.org:

For a full guide with images, visit pickleball.com/rules-how-to-play-pickleball, or usapickleball.org/what-is-pickleball/how-to-play.

What You Need to Get Started

So, we’ve intrigued you? Here’s what you’ll need to get started on your path to being a Pickleball champion:

Pickleball Courts in Your Area

These are just a few courts in each of Lifestyles After 50 readers’ areas. If you don’t see one you’re interested in, feel free to search for a place nearest you online with a Google or Bing search!