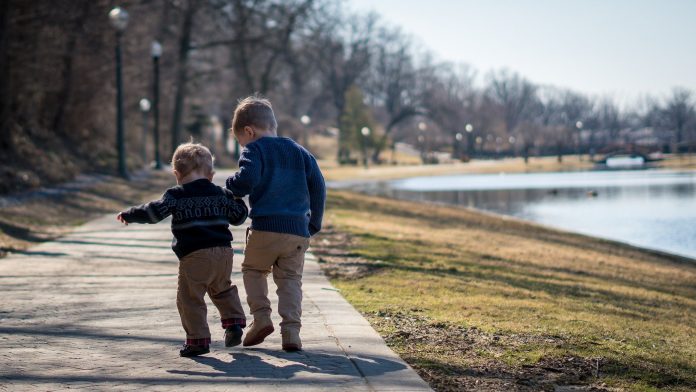 On social media, I occasionally see the status: “In a Relationship”. To me, this is a deliberately vague statement that could mean different things. It may mean that the significant other is immature and unwilling to make a commitment. It could mean that they are of the same sex and are not quite ready to let the world know.

My wife and I are nanny and manny to two brothers, a 5-year-old and a 9-year old. A few months ago, they were bickering.  “Poppa, he’s pointing at me! Make him stop!” I instantly flashed back to me and my brother, Richard, as kids, doing the same exact thing. I recalled the two of us playing on a blanket in the back yard one day.  Rich started crying loudly after he’d cut himself on the edge of a round Mason jar seal. Our Mom rushed out, lifted me up by one arm, and hit me as I yelled: “I didn’t do anything!” In reflection, I realized that my normal behavior must have warranted such a response from her.

Rich and I spent many years apart when I went into the Navy and when he moved to Arizona to be Mom’s caregiver during her final years. We really bonded when my wife and I flew out to visit for a week or so.

After the boys’ pointing episode, I contacted Rich saying that I wanted to apologize. “Did I pick on you a lot when we were kids?” “Mike, I hated you growing up!”

Now, we live roughly an hour apart. With differing schedules and responsibilities, we strive to get together periodically for a “Guy Day”, leaving our wives at home while getting together to play catch-up, reminisce, laugh and encourage each other. The beer’s not bad either. Although he’s four years my junior, I have the highest degree of respect for my “little” brother and I value our relationship.