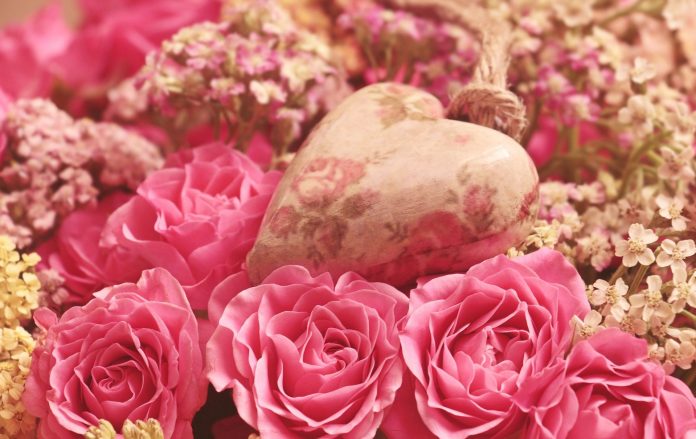 These days, Valentine’s Day is often touted as a scheme cooked up by greeting card companies. And although Hallmark, florists and chocolate candy companies do exceptionally well around this time of year, the celebration of love and romance started long before that. Here are some interesting facts, theories and rumors about the oh-so-sweet holiday:

1. Valentine’s Day is rooted in ancient Rome with a pagan festival

One very dark theory, according to historians, is that the day stems from Lupercalia, a raucous pagan festival on February 15 where men sacrificed animals, stripped naked and spanked young maidens with animal skins in the hopes of upping their fertility.

2. The holiday of love officially originated in A.D. 496

Things got much more romantic when Roman Pope Gelasius declared St. Valentine’s Day to be celebrated on February 14 in honor of the Christina martyr, Saint Valentine of Rome. About 200 years earlier, the Roman Emperor Claudius II was trying to bolster his army, so he forbade young men to marry because, apparently, single men make better soldiers. It is reported that in the spirit of love, St. Valentine defied the ban and performed secret marriages. For his disobedience, the Roman saint was executed on February 14 in A.D. 269.

3. Saint Valentine’s skull is in Rome.

4. Passing out valentines is a 600-year-old tradition.

The oldest reported record of a valentine was a poem Charles Duke of Orleans wrote to his wife when he was imprisoned in the Tower of London in 1415. Today, almost everyone gives out Valentine’s Day cards, affirming their gratitude to those who are special in their life.

5. And it’s a pretty big business…

According to the National Retail Federation, some 55 percent of Americans celebrate Valentine’s Day and spend about $20 billion a year, including more than $1.8 billion on candy alone. In the survey, men said they expected to spend an average of $338 on Valentine’s Day. And the women? A mere $64. C’mon ladies. We can do better than that!

6. Perhaps the most notorious Valentine ever was sent by Lincoln’s assassin, John Wilkes Booth.

He sent the anonymous Valentine to Lucy Lambert Hale, the daughter of a U.S. Senator in 1862. “To see you has indeed afforded me a melancholy pleasure,” he wrote. They eventually got engaged and, according to some accounts, Lucy dined with Booth two hours before he killed the president. Her picture was found on his body.

After the Civil War, the Vinegar Valentine became popular. These mean-spirited cards hurled insults to the recipients such as:

You’ve got more curves than a roller-coaster,

Only a mother could love.

8. Wearing your heart on your sleeve (to show your emotions) is a phrase that comes from the Middle Ages.

According to the Smithsonian, young men and women living in the medieval days would draw names to see who their Valentine would be. If they liked the pick, they would wear the name pinned to their sleeve for one week so that everyone would know their supposed true feelings.

Weirdly enough, the story of conversation hearts first began in 1847 when a Boston pharmacist named Oliver Chase invented a machine that simplified the way medical lozenges for sore throats could be manufactured. The result was America’s first candy-making machine because the pharmacist soon shifted his focus to making candy.

In 1866, Oliver’s brother, Daniel, devised a way to press words onto the candy tablets, using a felt roller pad moistened with vegetable coloring. His “conversation candies” or “motto lozenges” didn’t become heart-shaped until 1902.

Maybe this is where the term lovesick came from?

According to a recent survey, Valentine’s Day is one of the most popular days of the year to pop the question, with as many as 6 million couples getting engaged on February 14.

I think what is most important is to be kind to everyone, every day. But since there is an official day to show your appreciation of friends and loved ones in your life, do it!  It will probably mean a lot more to them than you realize.

Launch Your Boat into a New Season

How to Navigate Medicare Open Enrollment