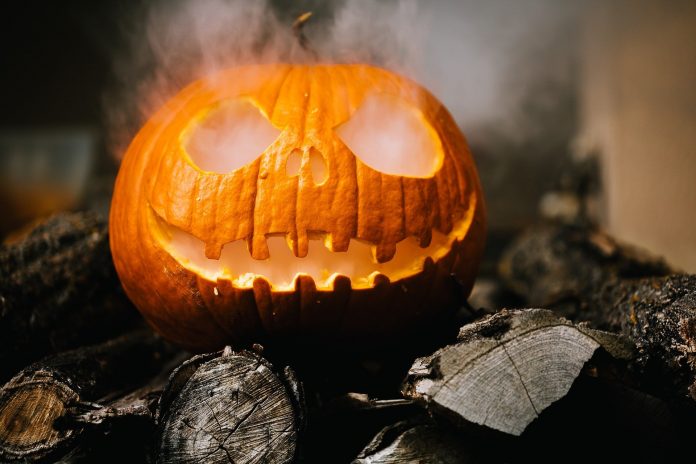 As the end of October approaches, we’re reminded of the fun, whimsical holiday that sends us into holiday mode: Halloween. However, the interestingly dark history behind the holiday depicts various international cultures, from The Celts to Catholics.

To help get you in the Halloween spirit, here is a brief history of where the holiday came from and why we celebrate the way we do in modern times.

The traditional Celtic holiday, celebrated the evening of October 31 into November 1, began the celebration of the death of summer and birth of autumn. The Celts believed that the thin veil between the living and the dead was lifted on the evening before Samhain. These free spirits were said to have the potential to destroy crops, causing the living to starve during the coming winter. For this reason, participants would dress in costumes of animal skin and heads and dance around enormous bonfires in order to ward off otherworldly spirits.

The Druids (Celtic priests) would build these sacred bonfires in order to burn sacrifices for the Celtic deities in order to secure good fortune in the brutal weather to come and to assuage the restless souls.

After the Romans had taken over the Celtic lands in 43 A.D., two of their seasonal holidays soon blended with Samhain: Feralia and The Festival of Pomona.

Feralia was the Roman day of honoring their dead. This day was typically celebrated towards the end of the month and had a similar theme, making it easier for people to mesh together both this holiday and Samhain.

The jury is out on listing exactly when The Festival of Pomona occurred in the Roman calendar, some say August 13, and others say the end of October. Regardless, the holiday may have also been celebrated with Samhain and Feralia. Pomona is the Roman goddess of fruit and trees, making sense why the Romans may have worshipped her in the late fall during the time of withering fruits and seemingly dying trees.

We see elements of these three holidays in our modern day celebrations of Halloween from costume wearing, large gatherings meant to create a sense of community and bonfires. Even the bobbing for apples tradition is said to come from the Romans’ Festival of Pomona as the symbol representative of the deity was an apple.

During the 9th century, the spread of Christianity was on the rise, and slowly but surely, it integrated itself into the Celtic celebrations and traditions of the land. In 1,000 A.D., the church declared November 2 “All Souls’ Day,” another day in which the dead were honored. Many historians belief that All Souls’ Day was created in order to substitute for Samhain in order to further establish the church’s influence in the land.

Still, All Souls’ Day was celebrated in a manner almost identical to Samhain, complete with fires, costumes and even parades. The holiday was referred to as “All-hallows” or “All-hallowmas” (from Middle English Alholowmesse meaning All Saints’ Day.)

The evening before All Souls’ Day, although November 1 and not October 31, was soon called “All-Hallows Eve,” which in turn became “Halloween.”

Due to the inflexible quality and beliefs of the Protestants whom populated the new world, Halloween was not celebrated as it was in Europe. However, Maryland and the southern-most colonies carried the traditions with them.

The American version of the history celebration of harvest and the dead began as “play parties,” in which people would gather for bonfires, parades and festivals in order to sing, dance, tell fortunes and share tales of the dead.

But where did trick-or-treating come from?

The characteristic practice of dressing in costume and going door to door for “treats” was a borrow from the European tradition of the Middle Ages called “mumming,” during which people would dress in spooky costumes such as ghouls, ghosts and demons and act or perform tricks in exchange for food and drink.

Another instance in which trick-or-treating was born was in the case of “souling” during All Souls’ Day. This act was a way for the town’s poor to go to wealthier folk’s homes and in exchange for a pastry (called soul cakes), they would pray for the homeowners’ deceased relatives. This was later more commonly practiced by children who would ask for anything from food to money.

Trick-or-treating may also be borrowed from the traditional celebration of Guy Fawkes Night, or Bonfire Night, in Britain; a commemoration of The Gunpowder Plot foiling. During this time, kids would dress in masks and carry effigies while begging for pennies.

Now that you know a little bit more about the traditional practices behind this harvest holiday, be sure to share with your friends and family over a cozy bonfire on the beach or curled up in your favorite blanket.

5 Steps for Better Health From a Registered Dietitian