The brilliant sun here in Florida draws thousands of people each year to our state and we love it, but please heed this warning from a worried wife who just saw her husband through a serious health scare. We have yearly, insurance-covered body scans for melanoma, and we are not avid sun worshippers at all. However, most of our friends don’t consider skin cancer to be a threat, ignore any changes in size and color of moles, and in one case as a neighbor said, “I really don’t want to know if there’s anything wrong!”

About three months ago, my husband Les noticed a speck of blood each time he shaved over a pinprick of a mark on his right cheek. Les didn’t even think to mention the spot during our body scans, but the dermatologist immediately noticed something amiss and took a skin sample for a biopsy. Shockingly, it came back positive as a cancerous melanoma and surgery was scheduled for a week later.

The surgeon performed Mohs micrographic removal, named after the technique developed by Fredric E. Mohs in the 1930s. It’s a precise technique used to treat skin cancer in which thin layers of cancer-containing skin are progressively removed and examined until only cancer-free tissue remains. Depending on the size, the wound may take up to four to six weeks to heal and may leave scar tissue. Now, three weeks after surgery, Les’ stitches have been removed and the remaining scar can be reconstructed or left to heal on its own. No skin grafts, laser treatments or plastic surgery are needed.

Skin cancer is the most common kind of cancer, according to the American Academy of Dermatology.  More than one million Americans live with melanoma. Skin cells are damaged when exposed to UV ultraviolet light present in both sun and tanning beds. The rates are higher in men due to lower use of sun protection.

The statistics are staggering. Melanomas are diagnosed 192,000 times a year in the U.S. and claim 9,000 lives. People with fair complexions, blue eyes, freckles or a family history of skin cancer are especially susceptible to the cancer-inducing rays of sunlight. According to our dermatologist, the number of cases increases with age. Dr. David Johe of St. Mary’s, PA, cautions, “Melanoma is the worst skin cancer a patient can have.  It can spread through both the bloodstream and the lymphatic system to distant organs. Take this subject seriously.”  Need we say more? 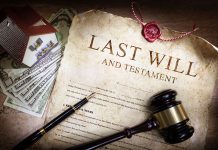