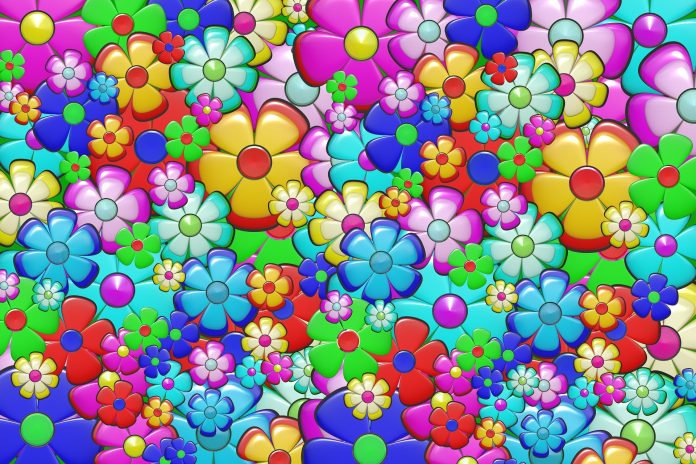 In the now-fabled summer of 1967, San Francisco’s Haight-Ashbury neighborhood temporarily morphed into a community of societal dropouts, college students, teenage runaways, vagrants and hustlers. Often clad in Army surplus and thrift-store outfits, many had come to share a collective spirit of togetherness and love.

Oh yes. And plenty of sex, drugs and rock ‘n’ roll, as well.

The Haight (as it was nicknamed) became a social Eden. The epicenter of “cool”. A cultural utopia. Those who took up residence there tended to be disillusioned teens and young adults who often railed against a corrupt government, rampant consumerism and an overseas war that was claiming 100 lives each week. Armed with compassion, idealism and lots of flowers, up to 100,000 folks staked a claim in the Bay Area that summer.

For a while, money seemed to no longer be much of a relevant issue. An overall attitude of sharing and community had blossomed among many young San Franciscans by the mid-1960s. This led to, among other things, the establishment of a Free Store (nobody paid for donated food and clothing) and a Free Clinic (staffed by kind-hearted volunteer doctors and nurses).

In January 1967, the “Human Be-In” saw 30,000 people gather at Golden Gate Park to witness ex-Harvard professor Timothy Leary first offer his his now-legendary command of  “Turn on, tune in, drop out” amid Hindu chants and throbbing rock music.

June brought the Monterey Pop Festival (dubbed the Monterey Pot Festival by some drug-oriented wags). John Phillips of the Mamas and Papas had created pal Scott McKenzie’s million-selling hit “San Francisco (Be Sure to Wear Flowers in Your Hair).” This, of course, only added to the allure of a must-visit destination for those anxious to answer the Bay Area’s clarion call.

The Downfall of the Summer of Love

But the days of this edenic world were numbered. The tsunami of young people heading for San Francisco alarmed the police force there, many of whom were upset and determined to keep the invading army of motley vagabonds from overwhelming their beautiful coastal city. Irritated residents proclaimed that the area simply couldn’t adequately absorb such an influx of people, that the infrastructure and resources would become strained to the breaking point. Finally, much of the “coolness” factor evaporated when bus tours of the Haight brought gawking tourists, each of whom was handed a printout that explained such hippie slang words as teenybopper, weed and trip.

The original “peace and love” crowd eventually fled the Haight when the neighborhood began to show the effects of overcrowding, unsanitary conditions and crime. As much as anything else, though, it was an influx of hard drugs that hastened the area’s fall.

But the primary elements of the Summer of Love have never died. James Rado and Gerome Ragni, two young men who had witnessed the Human Be-In, felt so inspired by what they experienced that they created the groundbreaking musical drama “Hair”. Its success guaranteed that at least the unique spirit of 1967 would endure far beyond that turbulent summer.

A Festive Menu Fit for Family and Friends