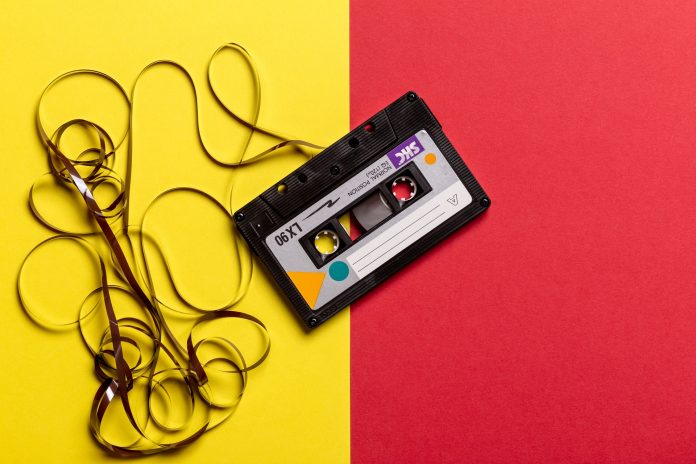 Tiny Tim is typically remembered as a disposable novelty performer, but he deserves better than being a mere footnote in entertainment history.

He was born Herbert Butros Khaury in Manhattan in 1932, the son of immigrants who toiled in the garment industry. At home, Herbert spent hours mesmerized by his parents’ sublime 78-rpm discs of Bing Crosby and Rudy Vallee. Outside, neighborhood bullies taunted him, and at school the mild-mannered misfit ignored classroom subjects to daydream about the girls there.

He took up the ukulele after seeing Arthur Godfrey playing one on television. Shortly thereafter, Khaury set music as a career goal. He left school at 17, grew his hair down to his shoulders (an unusual move at the time), and learned hundreds of old-time songs. Eventually, he found club work as a novelty act in a few local dives, where he strummed his instrument and sang in a quivery but pure falsetto, as well as in a rich, confident male baritone. This unusual skill allowed him to sing duets with himself.

He adopted a series of stage names, including Judas K. Foxglove and Larry Love, the Singing Canary. In 1963, his manager proposed the English-sounding title Sir Timothy Timmins. Herbert preferred Tiny Tim, though, after the iconic Charles Dickens character.

Tim was eventually able to secure better gigs in Greenwich Village. From there, he moved up to a trendy New York club called The Scene, where he formed friendships with such pre-fame musicians as the Lovin’ Spoonful, Jimi Hendrix and Bob Dylan.

Tiny’s life changed dramatically one night in 1967. Mo Astin, the head of Reprise Records, caught Tim’s act at The Scene and offered him a recording contract on the spot. The result was a future Top 10 album, “God Bless Tiny Tim,” which contained his lone hit single of “Tiptoe Through the Tulips.” The ditty, a laughable anomaly in an era of psychedelia and heavy metal, had been around since 1929, when singer Nick Lucas had recorded a Number One hit with it.

Nineteen-sixty-eight became Tiny’s breakout year. That January, most Americans got their first look at Tim on “Rowan & Martin’s Laugh-In,” with the scraggly-haired, beak-nosed, face-powdered entertainer strolling onstage while grinning and blowing kisses. That night, when he launched into “Tiptoe Through the Tulips,” a star was born.

The couple had a daughter, Tulip, before divorcing in 1977. Tim married two more times and released numerous disparate records that always tanked. He never could find that elusive second big hit.

On November 30, 1996, Tiny Tim suffered a fatal heart attack at age 64 while performing at a small Minneapolis club. He had just finished singing “Tiptoe Through the Tulips.”