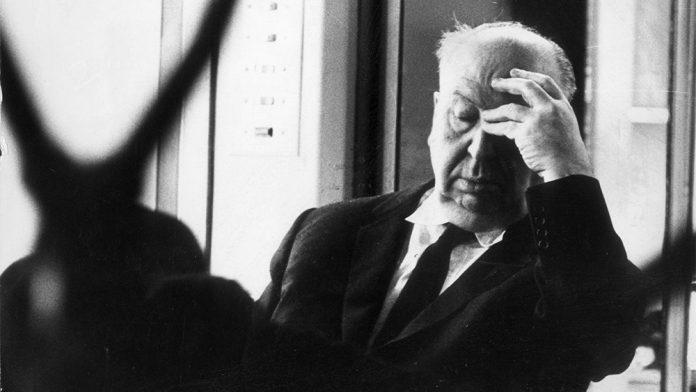 “We all go a little mad sometimes.”

What’s the first thing that comes to mind when you think of Alfred Hitchcock’s classic 1960 horrorfest “Psycho“? It’s the shower scene, of course, probably the best-known short segment in movie history and regarded now as one of the most terrifying moments ever seen on film. The ghastly onscreen “slashing” required 78 exacting camera set-ups and 52 painstaking edits—each “take” would last two or three seconds—to get the effect that Hitchcock wanted.

Filming of the scene took place in 1959 between December 17 through December 23.  The “victim,” star Janet Leigh, later recalled, “During the day, I was being stabbed to death, and at night I was wrapping presents from Santa Claus for the children.” The movie itself wrapped in February 1960.

Over the years, some rumors have persisted about those infamous shower moments. One is that Hitchcock unexpectedly turned the running water cold to achieve a more shocked reaction from Leigh. Not true; the water was always warm. (Janet was just naturally a good screamer.) Another myth is that some of the edits included nudity. Again, not true, as nudity wasn’t allowed in any 1960 movie. (However, a 21-year-old artist’s model named Marli Renfro, who was clad a tight, flesh-colored wrap, was shown in some parts of the segment.)

Blood seen swirling down the drain was actually Bosco chocolate syrup, and the “thunk” of a knife entering Leigh’s body emanated from the repeated stabbing of a casaba melon. This all took place amid a shrieking soundtrack of a violin, a viola and a cello all playing at once.

So much for Hitch’s hijinks!

Joseph Stefano’s “Psycho” screenplay was adapted from a 1959 Robert Bloch novel of the same name and was a grim tale that Bloch had based on Wisconsin psychotic serial killer Ed Gein.

The Bates Motel and next-door mansion were hastily erected on Universal’s back lot. “Psycho’s” budget of $800,000—about $6,000,000 now—was cheap for the times. Hitchcock wanted his offering to have the appearance of a low-budget exploitation film. To achieve this, he replaced his first-rate movie production people with the crew from his TV show. He ordered the film to be shot quickly and in bleak black and white, and included long, tense passages without dialogue that made for nail-chomping suspense.

The British-born director made each cast member swear with a raised right hand to divulge no information about the movie to anyone outside the group. He also cleverly withheld the ending of the story from everyone until filming the final scene.

To many moviegoers, “Psycho” was the most shocking work they had ever witnessed on the silver screen. It also set a new level of acceptability for violence, deviant behavior and sexuality in American films. It is considered to be the earliest example of the “slasher” movie genre.